The Sanders Institute used Gallup Polling Data to delve into what the American Public thinks about global warming and climate change. 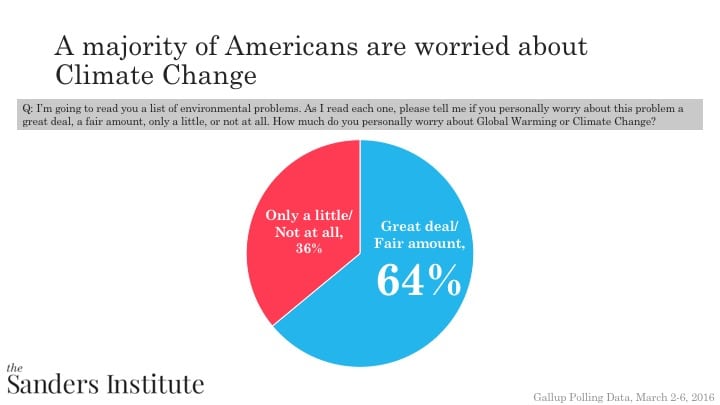 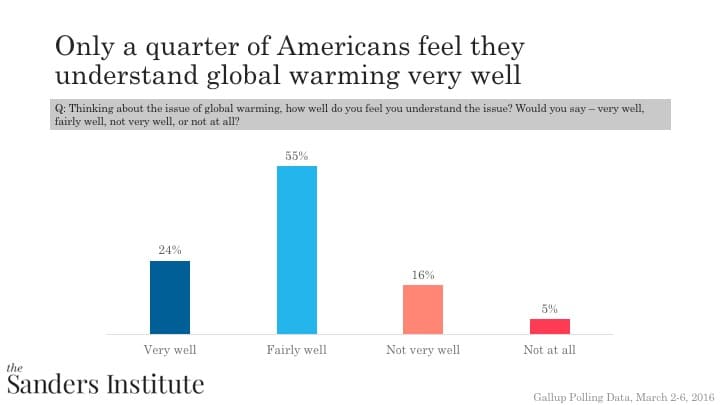 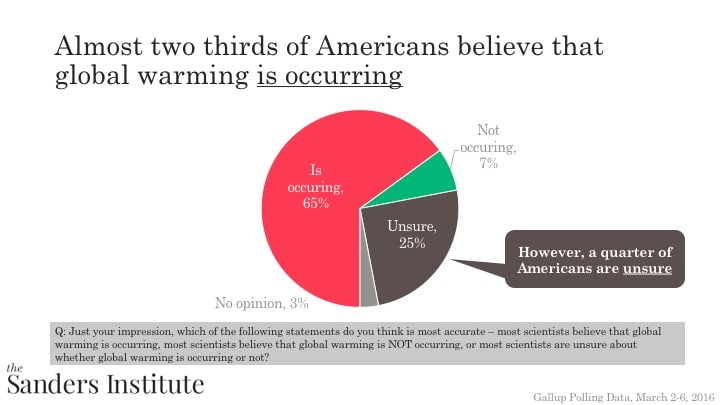 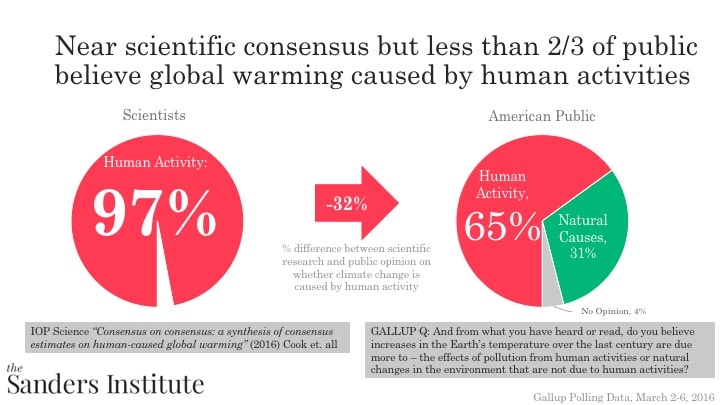 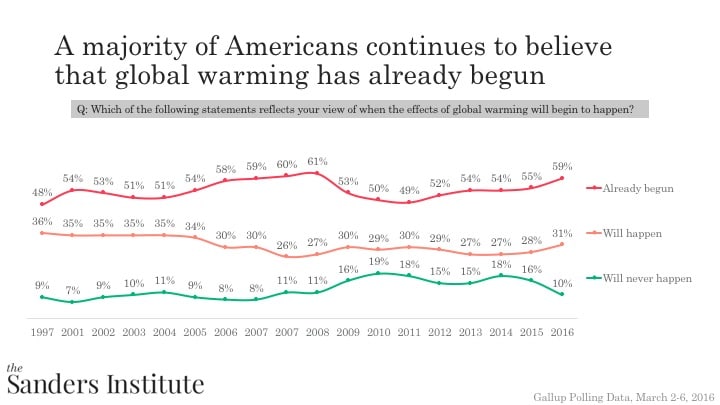 However, the percentage of Americans who do not think that global warming will pose a threat to their way of live has been falling gradually since 1997 when almost seven-in-ten Americans did not think it would pose a serious threat.

Ultimately, while it is a positive thing that so many Americans believe that global warming is already happening and are worried about it, there is still a disconnect between the American people and scientists on the issue. There is room to increase familiarity with and knowledge of global warming and climate change. There is also a need to help Americans understand what effect climate change and global warming will have on their day to day activities and standard of life.