This Visualizing Health Policy infographic looks at costs and outcomes of mental health and substance use disorders in the United States (US).

Nearly 18% of adults reported having a mental, behavioral, or emotional disorder in 2015, including more than 1 in 5 women. Furthermore, nearly 3% of people aged 12 years or older reported addiction to or misuse of an illicit drug in 2015, including more than 7% of people aged 18 to 25 years. However, 1 in 5 people say they or a family member had to forego needed mental health services because they couldn’t afford the cost, their insurance wouldn’t cover it, they were afraid or embarrassed, or they didn’t know where to go. Mental illness treatment accounted for $89 billion, or 5%, of total medical services spending in 2013, behind checkups/prevention and circulatory disorders. Mental health and substance use disorders together were the leading cause of disease burden in 2015, surpassing cancer and cardiovascular disease, among others. Relative to countries of similar size and wealth, the US has had higher rates of death from unintentional poisonings, the majority of which were due to drug overdoses. In 2013 the age-standardized rate of death from unintentional poisonings per 100,000 population was 12.4 in the US compared with 2.5 on average in comparable countries. 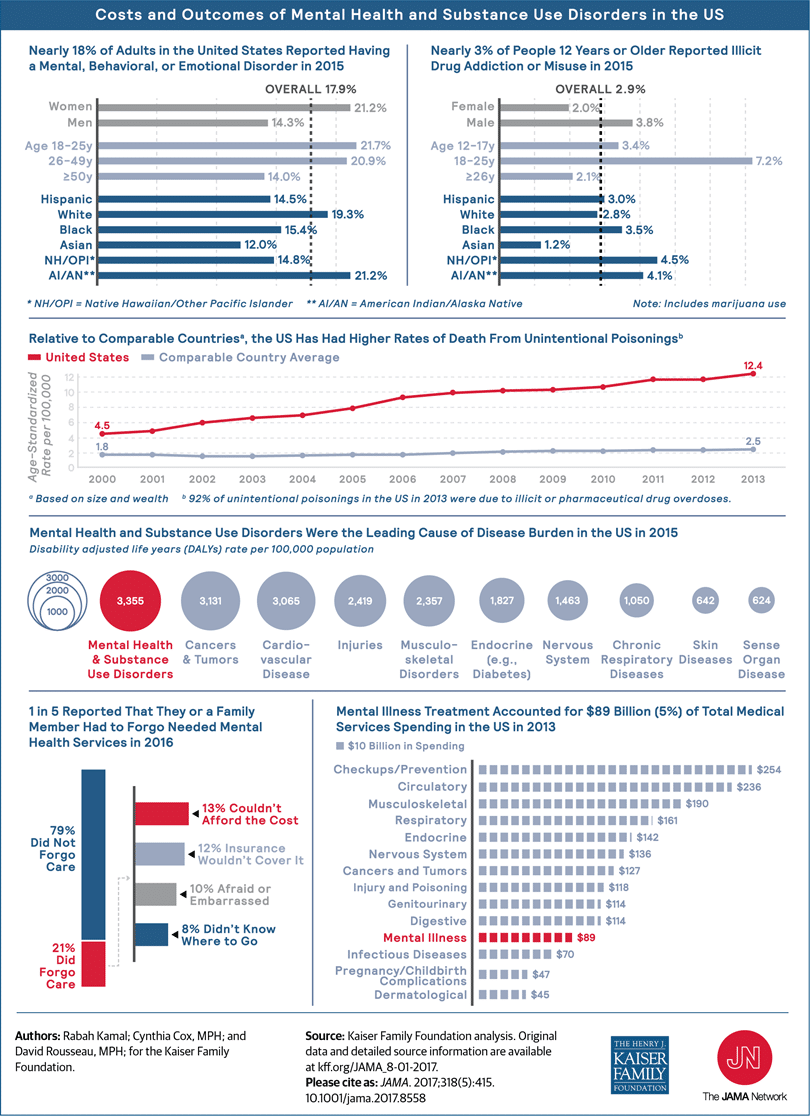