Next Steps For CHIP: What Is At Stake For Children?

Together with Medicaid, which covers an additional 37.1 million children,2 the programs provide a strong base of coverage for our nation’s low-income children. New legislative authority is needed to continue funding for CHIP beyond September 2017. Failure to extend CHIP funding would likely result in coverage losses for children and increased financial pressure for states. These effects would be compounded if combined with the changes in the American Health Care Act (AHCA), which would fundamentally restructure Medicaid by capping federal funding and eliminate longstanding federal protections and standards for children. Following are key facts that highlight what is at stake for children.

Expansions of Medicaid and CHIP have helped reduce the children’s uninsured rate to a record low of 5% (Figure 1). 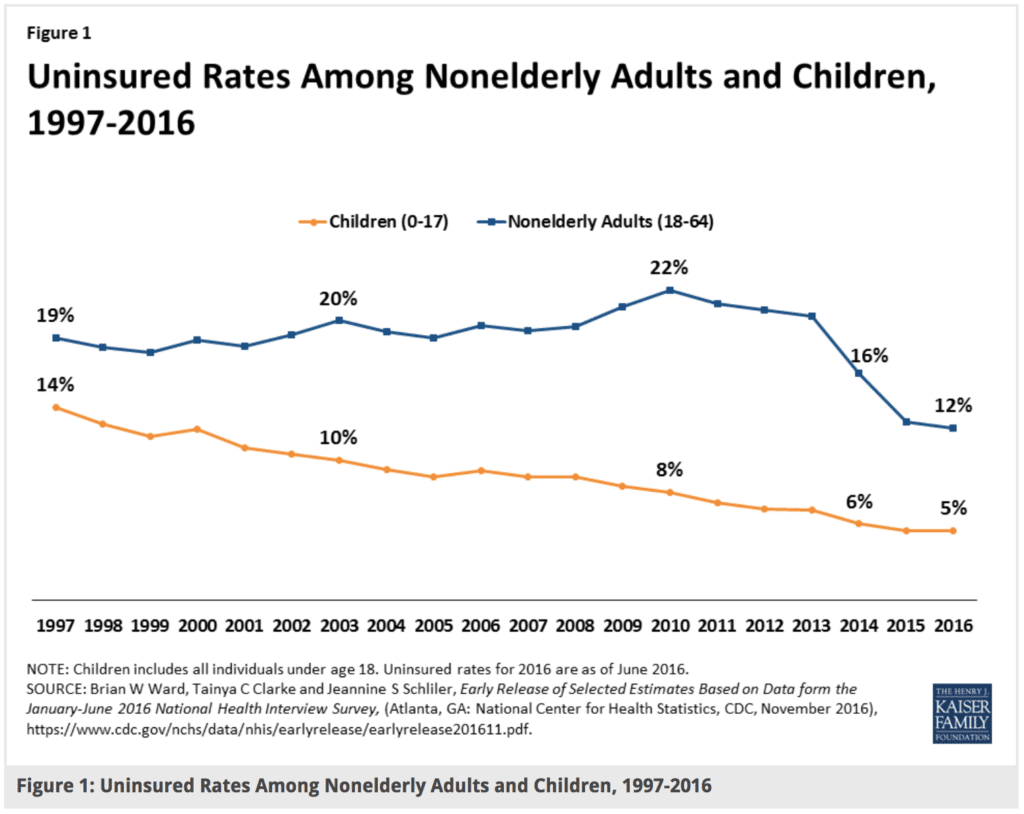 All states have expanded eligibility for children through Medicaid and CHIP above federal minimum levels (Figure 2). 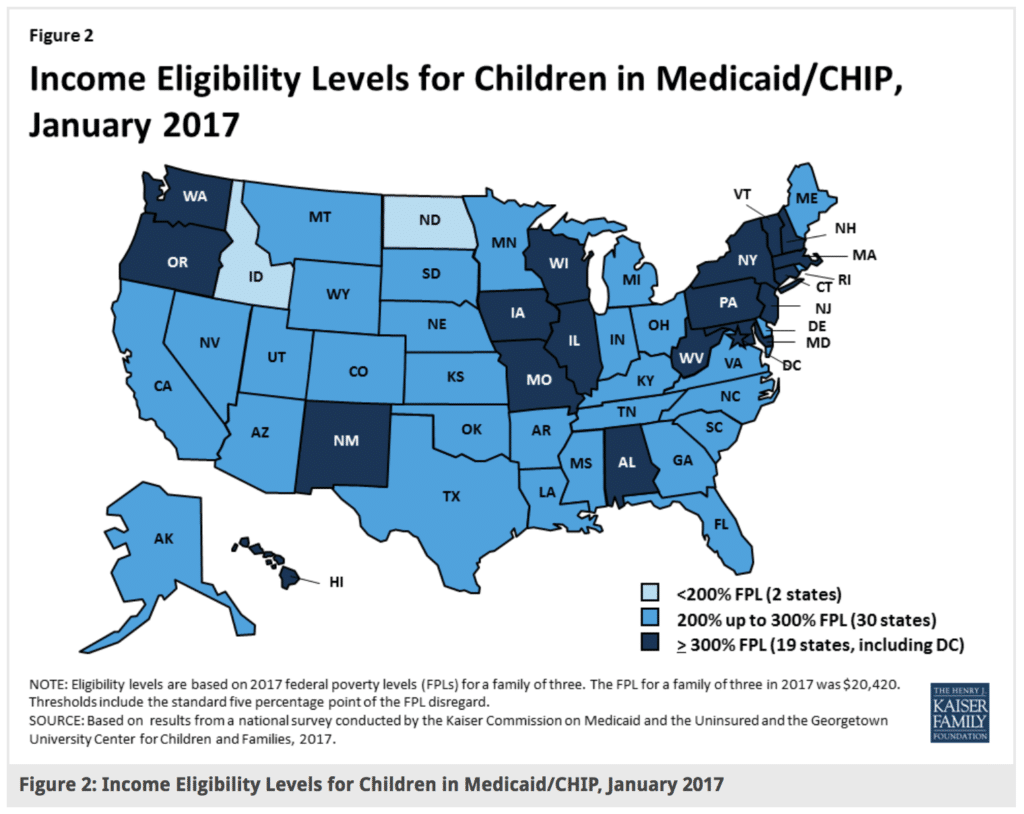 Medicaid and CHIP are major sources of coverage for our nation’s children (Figure 3).

Medicaid and CHIP cover over half of children of color (Figure 4). 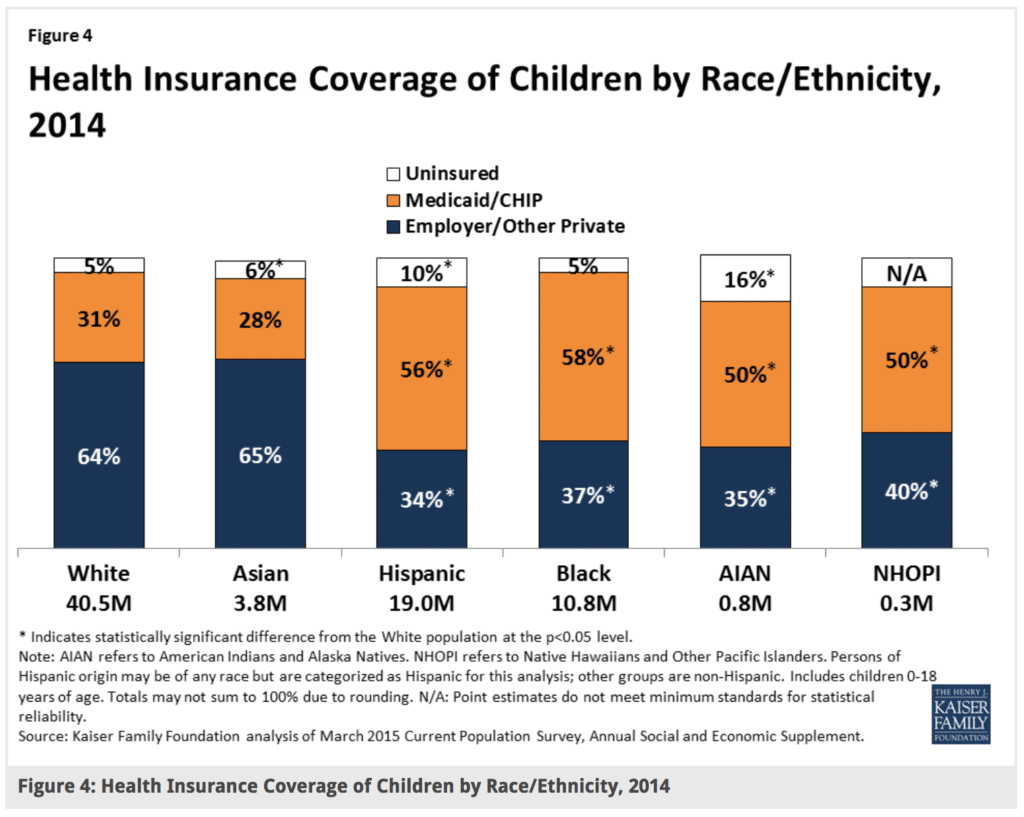 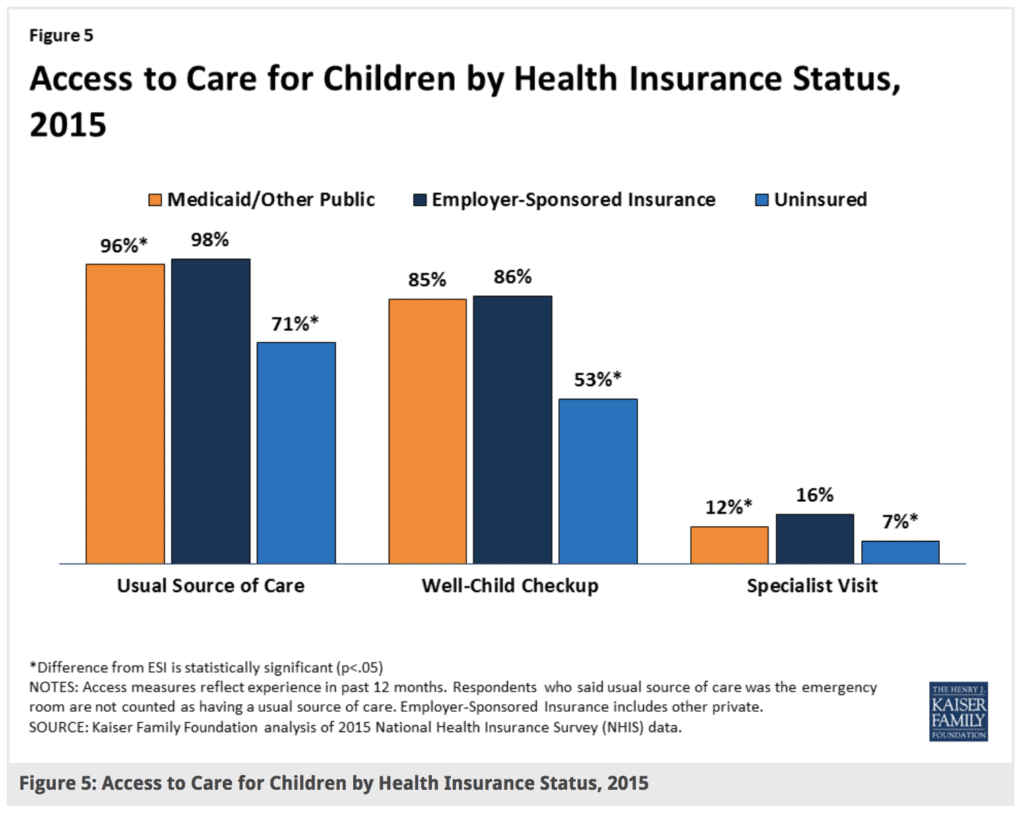