Emergency contraception (EC) can prevent pregnancy when taken shortly after unprotected sex. Currently there are four FDA-approved products on the market. Three of these products are approved for preventing pregnancy when taken within 72 hours after unprotected sex. One of these products, Plan B One-Step, was approved for over-the-counter sale by the FDA in 2013. 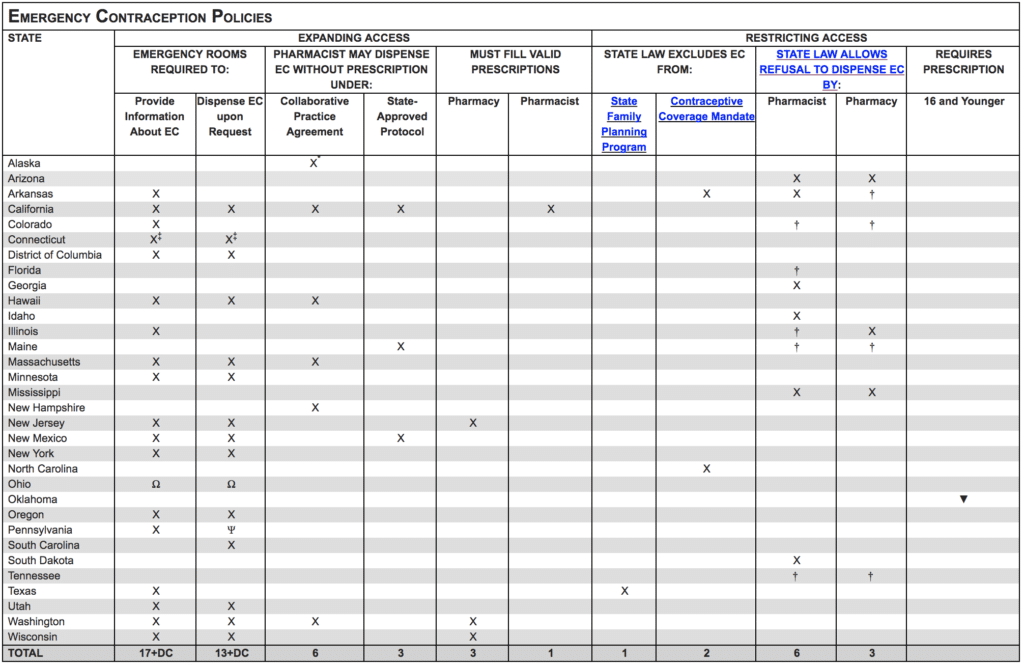 ? Permanently enjoined; law not in effect.
* Pharmacists may dispense any prescription drug, including emergency contraception.
† A broadly worded refusal policy may apply to pharmacists or pharmacies, but does not specifically include them.
‡ A hospital may contract with an independent medical professional in order to provide the emergency contraception services.
? Policy does not include an enforcement mechanism.
Ψ A hospital may refuse based on religious or moral beliefs to provide emergency contraception when requested by a woman who has been sexually assaulted. However, a refusing hospital is then required to immediately transport the woman to the closest medical facility that will provide her with the medication.