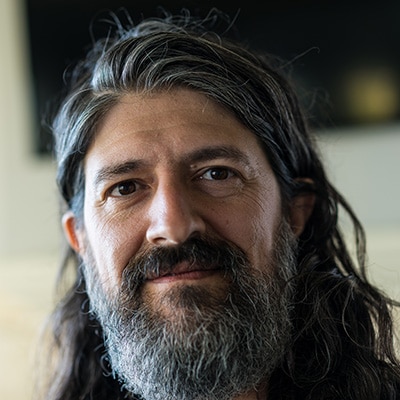 Chris is a serial entrepreneur in gaming, technology, and music. At age 14, he founded his first company – a game testing business for clients like Sony Imagesoft. Chris was eventually hired by Sony to help develop games. Chris then attended the University of Oregon where he studied Political Science. While at the University of Oregon Chris co-founded Elixir magazine one of the first media publications on the internet and was the founding member of AEpi fraternity. After university, he co-founded 3D Groove, online gaming technology company that powered the first online 3D games at sites like shockwave.com and nickelodeon.com. In 2003, he started ODVD games, whose premiere title, “Shout!”, a pop culture interactive DVD trivia game, which was sold to Hasbro.

In 2006, Chris combined his passion for creative and technology and co- founded Frank the Plumber, a leading concert design and production company creating digital and live experiences for such artists as, The Strokes, Lady Antebellum, Stevie Wonder, Beyonce, Katy Perry and Madonna and brands like Ford, Apple and AOL.

10 years ago Chris founded Gobbler software music software company. They are the market leader in selling subscriptions for audio plugins.

Recently Chris Co-Founded Mootral. A biotech company using natural supplements to reduce methane emissions in cows and developing products to end the use of antibiotics in the production of protein.

Chris was named young Alumni of the Year for the University of Oregon.

Chris’s political work began in June of 2015 when he launched the creative community program in Los Angeles for Bernie Sanders.