Beyond The Messy Truth: How We Came Apart, How We Come Together 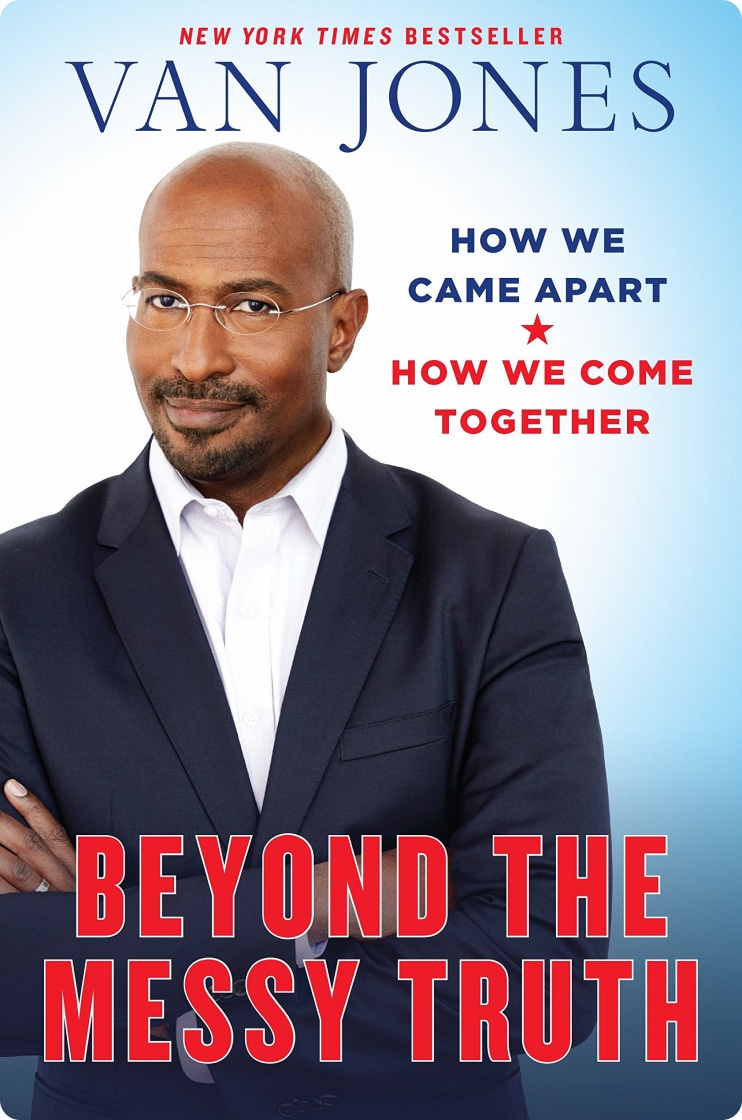 Van Jones burst into the American consciousness during the 2016 presidential campaign with an unscripted, truth-telling style and an already established history of bridge-building across party lines. His election night commentary became a viral sensation. A longtime progressive activist with deep roots in the conservative South, Jones has made it his mission to challenge voters and viewers to stand in one another’s shoes and disagree constructively.

Now, in Beyond the Messy Truth, Jones offers a blueprint for transforming our collective anxiety into meaningful change. Tough on Donald Trump but showing respect and empathy for his supporters, Jones takes aim at the failures of both parties before and after Trump’s victory. He urges both sides to abandon the politics of accusation and focus on real solutions. Calling us to a deeper patriotism, he shows us how to get down to the vital business of solving, together, some of our toughest problems.

“The entire national conversation today can be reduced to a simple statement -‘I’m right, and you’re wrong, ‘” Jones has said. But the truth is messier; both sides have flaws. Both parties have strayed from their highest principles and let down their core constituencies. Rejecting today’s political tribalism, Jones issues a stirring call for a new “bipartisanship from below.” Recognizing that tough challenges require the best wisdom from both liberals and conservatives, he points us toward practical answers to problems that affect us all regardless of region or ideology: rural and inner-city poverty, unemployment, addiction, unfair incarceration, and the devastating effects of the pollution-based economy on both coal country and our urban centers.

In explaining how he arrived at his views, Jones shares behind-the-scenes memories from his decades spent marching and protesting on behalf of working people, inspiring stories of ordinary citizens who became champions of their communities, and little-known examples of cooperation that have risen from the fog of partisan conflict. In his quest for positive solutions, Van Jones encourages us to set fire to our old ways of thinking about politics and come together where the pain is greatest.