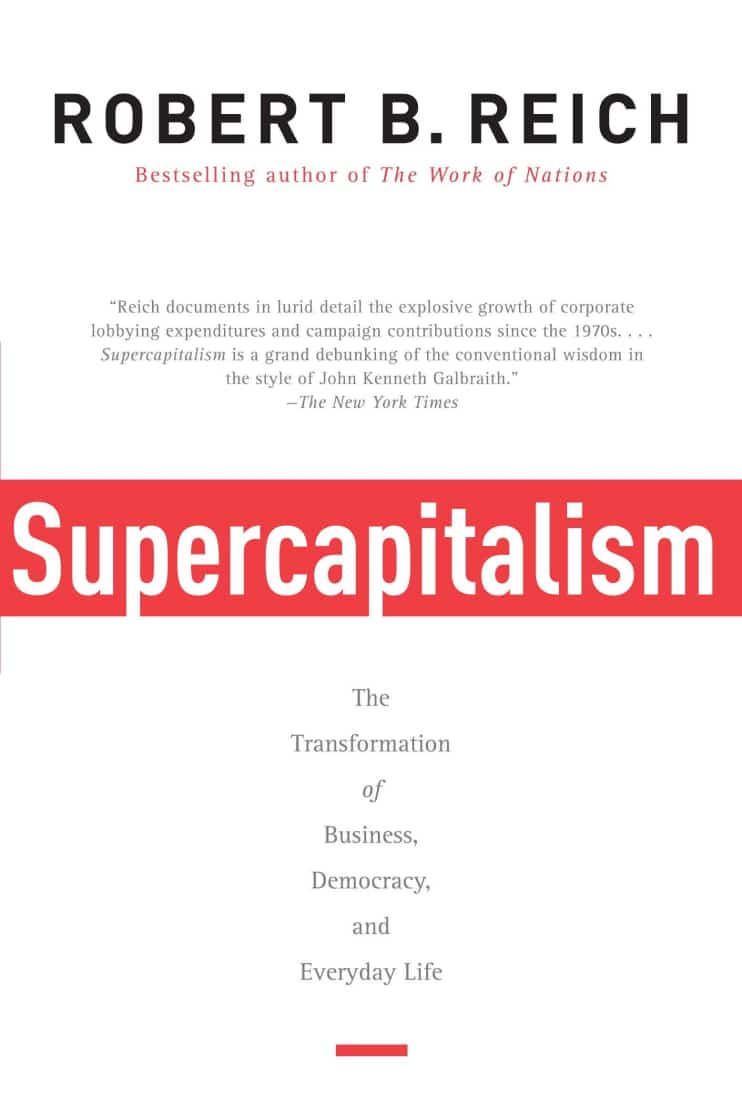 From one of America’s foremost economic and political thinkers comes a vital analysis of our new hypercompetitive and turbo-charged global economy and the effect it is having on American democracy. With his customary wit and insight, Reich shows how widening inequality of income and wealth, heightened job insecurity, and corporate corruption are merely the logical results of a system in which politicians are more beholden to the influence of business lobbyists than to the voters who elected them. Powerful and thought-provoking, Supercapitalism argues that a clear separation of politics and capitalism will foster an enviroment in which both business and government thrive, by putting capitalism in the service of democracy, and not the other way around.