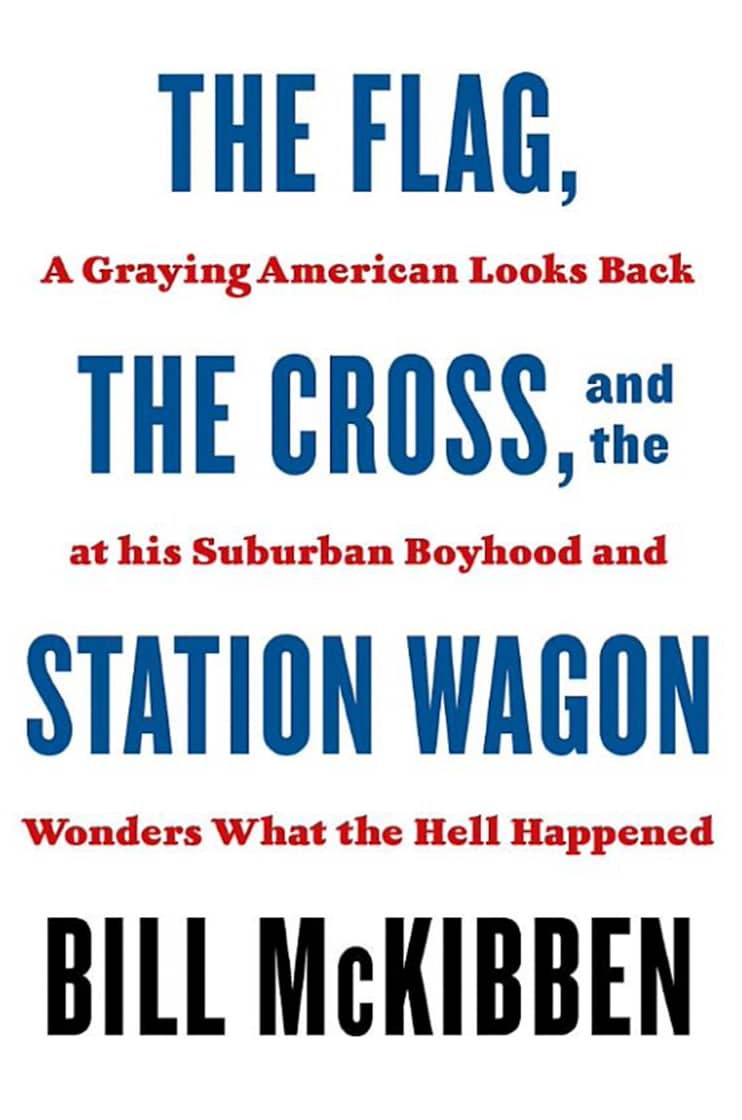 Like so many of us, McKibben grew up believing – knowing – that the United States was the greatest country on earth. As a teenager, he cheerfully led American Revolution tours in Lexington, Massachusetts. He sang “Kumbaya” at church. And with the remarkable rise of suburbia, he assumed that all Americans would share in the wealth. But fifty years later, he finds himself in an increasingly doubtful nation strained by bleak racial and economic inequality, on a planet whose future is in peril.

And he is curious: What the hell happened?

In this revelatory cri de coeur, McKibben digs deep into our history (and his own well-meaning but not all-seeing past) and into the latest scholarship on race and inequality in America, on the rise of the religious right, and on our environmental crisis to explain how we got to this point. He finds that he is not without hope. And he wonders if any of that trinity of his youth – The Flag, the Cross, and the Station Wagon – could, or should, be reclaimed in the fight for a fairer future.