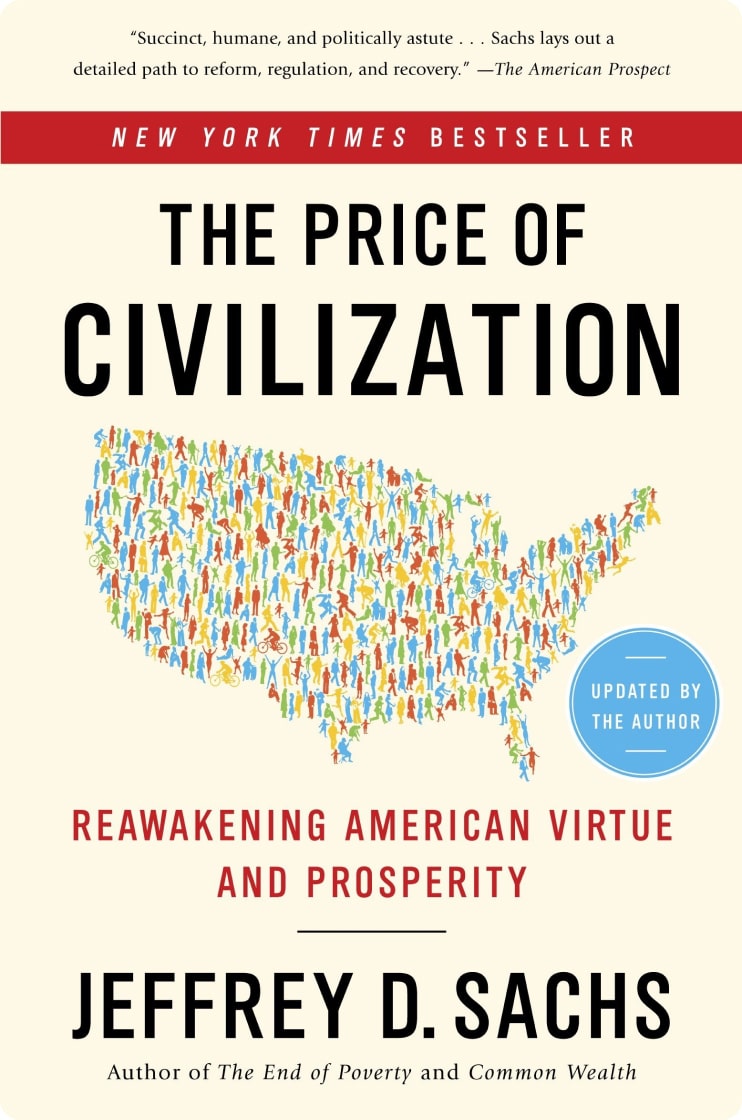 In this forceful and impassioned book, Jeffrey D. Sachs offers a searing and incisive diagnosis of our country’s economic ills, and an urgent call for Americans to restore the core virtues of fairness, honesty, and foresight as the foundations of national prosperity. Sachs finds that both political parties—and many leading economists—have missed the big picture, profoundly underestimating globalization’s long-term effects and offering shortsighted solutions. He describes a political system that is beholden to big donors and influential lobbyists and a consumption-driven culture that suffers shortfalls of social trust and compassion. He bids readers to reclaim the virtues of good citizenship and mindfulness toward the economy and each one another. Most important, he urges each of us to accept the price of civilization, so that together we restore America to its great promise. The Price of Civilization is a masterly road map for prosperity, founded on America’s deepest values and on a rigorous understanding of the twenty-first-century world economy.