Community Land Trusts, Then And Now

A community land trust (CLT) is a dynamic model of affordable housing and community development that has taken many different forms over the years. What is typical of nearly every CLT, however, is a nonprofit corporation that does community-led development on community-owned land. Importantly, whatever is built on that land, especially housing produced with the assistance of private donations or public subsidies, is kept permanently affordable for people of modest means.

Origins and Growth of the Community Land Trust 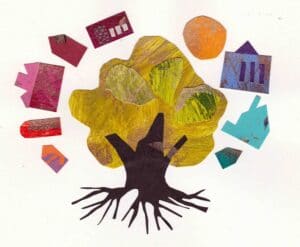 Fifty years ago, African-Americans fighting for political and economic equality in the South established New Communities Inc., now viewed as having been the first CLT in the United States. Among its founders were Freedom Riders, voting rights activists from the Student Nonviolent Coordinating Committee, leaders of the Federation of Southern Cooperatives, and members of the Albany Movement who had led the struggle to overturn racial apartheid in southwest Georgia.

These Civil Rights activists regarded the protests they were organizing against Jim Crow and voter suppression as being the first step in a larger campaign. As Gandhi had described his own campaign against British rule in India, it was important for a “protest movement” to be complemented by a “constructive movement” if the gains of political struggle were to be consolidated. New Communities represented a collective, “constructive” effort to extend the struggle for political rights into the realm of economic rights and residential security.

Founded in 1969, New Communities Inc. acquired nearly 6,000 acres of farmland and forests near Albany, Georgia the following year – at the time, the largest landholding by African-Americans in the United States. They conceived of a new way of owning and developing this rural acreage. Drawing upon examples of planned settlements on community-owned land in other countries – including the Garden Cities in England, Gramdan villages in India, ejidos in Mexico, moshavim in Israel, and Ujamaa Vijijini in Tanzania – the founders of New Communities proposed a new model of land tenure for America. They called their experiment a “community land trust.” It had three components:

Inspired by New Communities, CLTs began springing up across the country. By the start of the  Millennium, their number had reached one hundred. Significantly, most of them were in urban areas – including the one started by the administration of Mayor Bernie Sanders in Burlington, Vermont. A model seeded in a rural area of southwest Georgia found ready acceptance among residents of urban neighborhoods, cities, and towns. In hot real estate markets, CLTs were organized as a bulwark against the displacement of low-income households. In cold real estate markets, CLTs were organized to assemble vacant land, to rehabilitate dilapidated buildings, and to construct new housing.

This rising generation of urban CLTs applied the model in novel ways. Like their rural counterparts, many focused on developing single-family, owner-occupied housing on community-owned land. But urban CLTs were soon branching out to include limited-equity condominiums, limited-equity cooperatives, and multi-family rentals. They also sponsored nonresidential land uses like community gardens, day care centers, community centers, and office space for other nonprofit organizations.

The spread of CLTs into more urban settings, where housing costs tended to increase much faster than household incomes, led CLT advocates in the 1980s to emphasize stewardship as a defining operational feature of the model pioneered at New Communities. A CLT would not only be the owner and lessor of lands scattered throughout a neighborhood, city, or town; it would also be the watchful steward of affordable housing and other buildings erected on its land.

What this meant in practice, then and now, is that a CLT stands behind the housing (and other buildings) it has delivered into the hands of people of modest means. It is committed to preserving the affordability of that housing; promoting the sound upkeep of that housing; and preventing foreclosures, evictions, and other threats to a homeowner’s or renter’s security of tenure. This three-fold commitment to affordability, quality, and security is long-lasting. As the former director of a CLT in Albuquerque once put it: “We are the developer that doesn’t go away.” 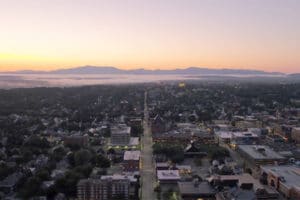 The Burlington Community Land Trust, today named the Champlain Housing Trust (CHT), was started in 1984 with a substantial grant and technical assistance from the City of Burlington. It was the first CLT in the United States to be initiated by a municipality. It was also the first to be deeply embedded in municipal policy as a priority recipient of public funding for the production and preservation of affordable housing.

Bernie Sanders was in his second term as the mayor of Vermont’s largest city when members of his administration pitched a new idea for tackling the city’s chronic shortage of affordable housing. Progressives in city government had already moved aggressively to revitalize Burlington’s public housing. They had enacted ordinances protecting tenants against racial discrimination, excessive security deposits, and condominium conversions. They had begun organizing to save the largest subsidized rental project in the state, Northgate Apartments. What Burlington lacked, however, was a nonprofit organization that could partner with the municipality to expand homeownership for working people who were being priced out of the city’s overheated real estate market.

The CLT’s potential for bringing homeownership within the reach of low-income and moderate-income families appealed to Mayor Sanders. He also liked the idea that a CLT’s land would be forever removed from the marketplace, owned and managed as a community asset. And he liked the organizational structure adopted by most CLTs, one that featured a broad-based membership and a three-part board, representing a diversity of community interests.

He initially worried, however, that preserving affordability might come at the expense of the opportunity for low-income homeowners to build a financial nest egg for the future. But he was persuaded by his allies on the City Council and by his own staff in City Hall that the proposed CLT would truly benefit “the little guy.” Homeowners would, in fact, be able to earn a fair return on their investment when reselling CLT homes, even as the price of those homes was kept affordable for the next round of low-income homebuyers. He became a vocal champion of CLTs and a forceful advocate for the fiscally responsible policy of retaining the affordability of housing assisted with public dollars. When later elected to Congress, he inserted a definition of the “community land trust” into federal law that made CLTs eligible for funding from a variety of federal programs.

Today, the Champlain Housing Trust has grown to become the largest CLT in the United States with over 3000 units of housing. This portfolio includes houses, condominiums, cooperatives, multi-family rentals, supportive housing for persons with special needs, and short-term housing for the homeless. CHT also owns and operates over 160,000 square feet of nonresidential space, including a pocket park, a food shelf, a multi-generational center, and a former elementary school, now converted into a neighborhood center for sports, cultural activities, and social services. All of this housing, as well as all of CHT’s nonresidential buildings, will remain accessible to people of modest means – forever.

Burlington’s community land trust has received a number of national and international awards for its trailblazing work. One of the most prestigious was the United Nations World Habitat Award, received by the Champlain Housing Trust in 2008 for “exemplary local efforts to improve housing and services for low-income people in the community.” The following year, because of winning that Award, CHT hosted an “international study visit” for participants from thirteen countries. This peer-to-peer exchange helped to hasten the global dissemination of the CLT model, when several participants returned home after seeing what CHT had accomplished and started CLTs of their own. 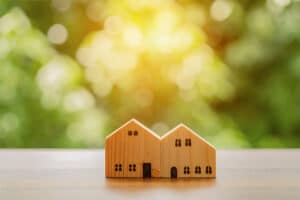 Many cities today where the most productive CLTs are to be found have followed the Burlington blueprint. City officials have made permanent affordability a priority condition for investing public dollars or using public powers to subsidize housing for low-income or moderate-income households. Then, recognizing a CLT’s particular ability to lock those subsidies in place, thereby ensuring that publicly assisted homes will remain affordable year after year, those cities have made CLTs a priority recipient of municipal largess.

As in Burlington, cities have supported CLT development in a variety of ways. They have provided project funding to expand the CLT’s holdings, as well as operational funding to support the CLT’s stewardship of land and housing. They have transferred publicly owned lands to a CLT, as is currently happening in Houston, Texas where a municipal land bank is partnering with a CLT to rebuild an African-American neighborhood devastated by Hurricane Harvey in 2017. Other cities have used municipal mandates like inclusionary zoning or municipal incentives like density bonuses, parking waivers, tax abatements, and targeted disbursements from municipal (or state) housing trust funds to move affordably priced housing produced by private developers into the hands of a local CLT for safekeeping.

What all of these places have in common are farsighted policymakers who have come to realize that the best way to make progress in solving the many housing problems that are theirs is to invest in homes that last. By partnering with a CLT, a city commits itself to protecting forever the affordability, quality, and security of whatever housing the municipality itself has helped to create. This is a policy both fiscally conservative and politically progressive, a hallmark of many of the policies, programs, and partnerships brought into being when Bernie Sanders was Burlington’s mayor. 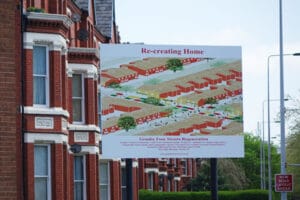 CLTs have continued to proliferate and to spread across the United States, currently numbering close to 300. There are sometimes multiple CLTs operating within the same city, as is the case in Baltimore, Boston, Los Angeles, New York City, and Philadelphia, where separate CLTs serve different neighborhoods. By contrast, there are cities like Atlanta, Denver, Durham, Houston, Minneapolis, and Oakland that have one or two CLTs serving a large metropolitan area. CLTs are also found in smaller cities, college towns, coastal islands, and inner-ring suburbs.

Over the last decade, the number of CLTs taking root outside the USA has also grown. There are now robust community land trust movements in Australia, Belgium, Canada, France, and the United Kingdom. Interest has also been rising in Germany, Ireland, Italy, the Netherlands, Portugal, Scotland, and Spain.

Most CLT development to date has occurred in the Global North, but seeds for new CLTs are now being scattered across the Global South as well. The Caño Martín Peña Community Land Trust in Puerto Rico has led the way, demonstrating how a CLT can be used to secure the homes of hundreds of families residing in seven informal settlements in San Juan. This has attracted the attention of communities struggling with similar issues of land and housing insecurity throughout the Caribbean and Latin America, ranging from urban residents of Brazil’s favelas to indigenous peoples in remote, rural regions. Activists in Asia and Africa have taken note, as well, weighing whether a CLT might be used to promote equitable and sustainable development in their own communities.

The United Nations has estimated that, throughout the world, over a billion people are currently living in informal settlements or using lands for homesteading, grazing, or farming without holding formal title to them. They are at constant risk of being uprooted from lands they have occupied for many years. Within such areas, some urban and some rural, the CLT may find fertile ground for future growth.

Arc of Justice: The Rise, Fall, and Rebirth of a Beloved Community. Documentary film co-produced by Helen Cohen, Mark Lipman, and John Davis.

Lim, Audrea. 2020. We shall not be moved. Collective ownership gives power back to poor farmers. Harper’s Magazine(July).

Roots & Branches: A Gardener’s Guide to the Origins and Evolution of the Community Land Trust.

Beyond Burlington: Community Land Trusts in Other U.S. Cities

Growth of the International CLT Movement

Schumacher Center for a New Economics