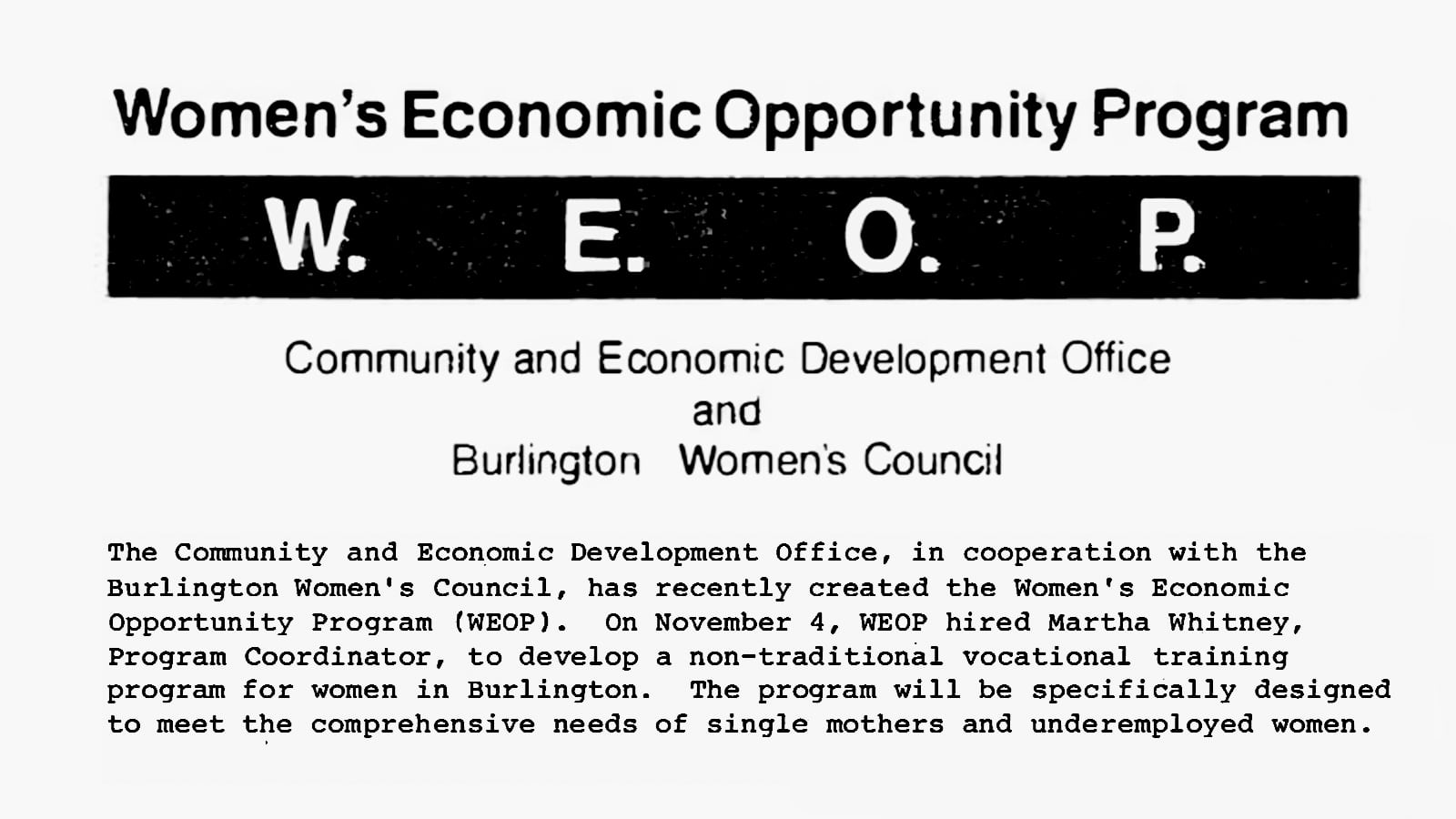 In November 1985, Mayor Sanders’ office, in collaboration with the Burlington Women’s Council, launched the Women’s Economic Opportunity Program (WEOP). The program was specifically designed to meet the needs of single mothers and underemployed women. The Community & Economic Development Office, housed in the City of Burlington offices, advocated and provided job training for quality employment opportunities for women.

The WEOP led to the creation of STEP-UP For Women, a non-traditional skilled trades training program to provide women with an opportunity to enter the male-dominated trade industry workforce. The program placed twenty-five low-income women in skilled trade employment, alleviating the barriers to entry into the trades. Training includes physical conditioning, job-seeking skills, adaptation to non-traditional work roles, and hands-on training in carpentry, printing, and sheet metal.[1]

Martha Whitney, the first WEOP program coordinator, said that women had not previously been brought up to consider the trades as an option, leading them to seek low-paying clerical and service jobs. In a press release announcing the program, she said:

“Women need to be self-supporting because of economic conditions, costs of childbearing, separation from spouses and for personal goals. Women work because they have to. And they need to become electricians, printers, or heavy equipment operators because these jobs pay well. It’s a matter of economics.”[1][2] 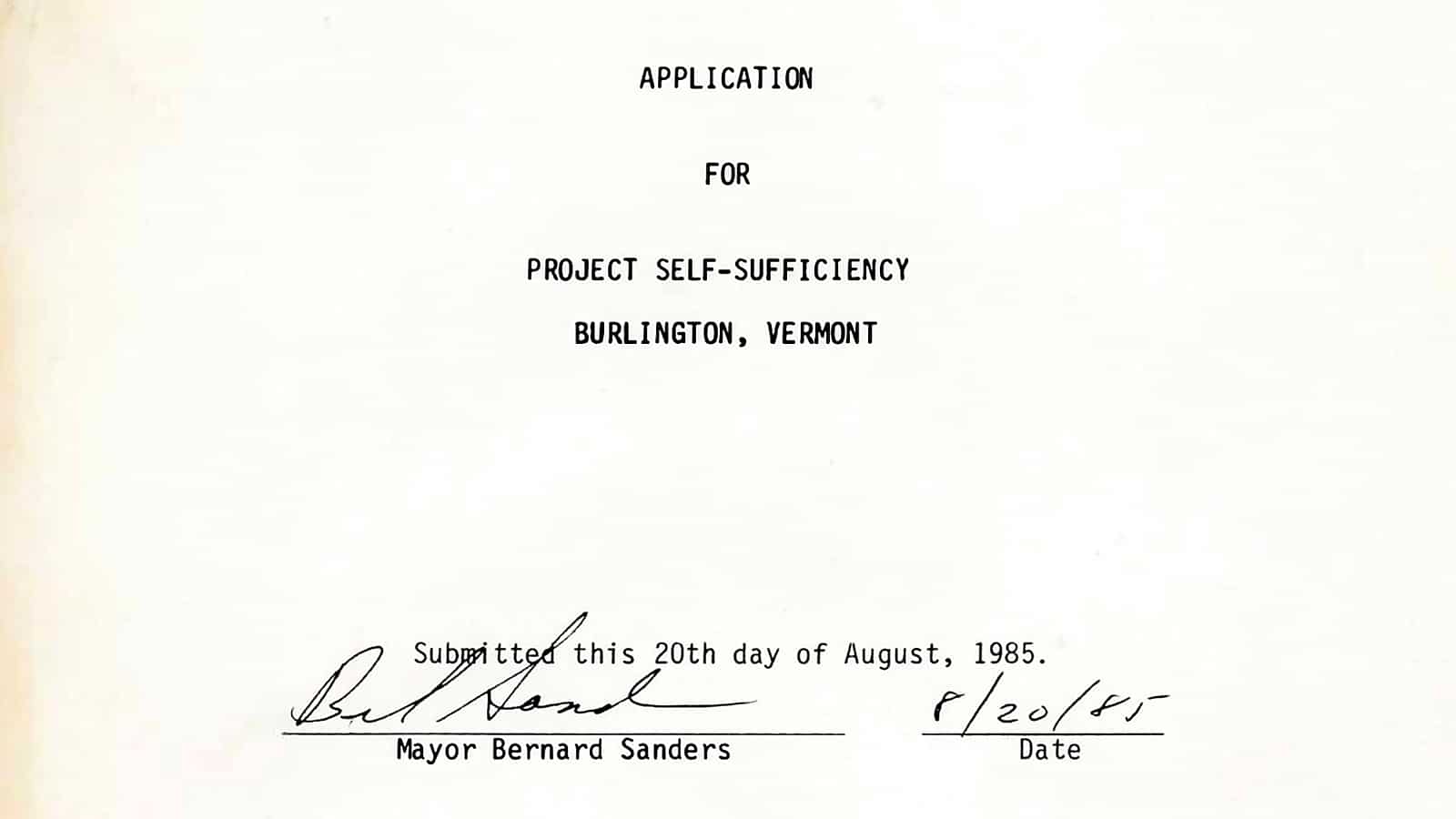 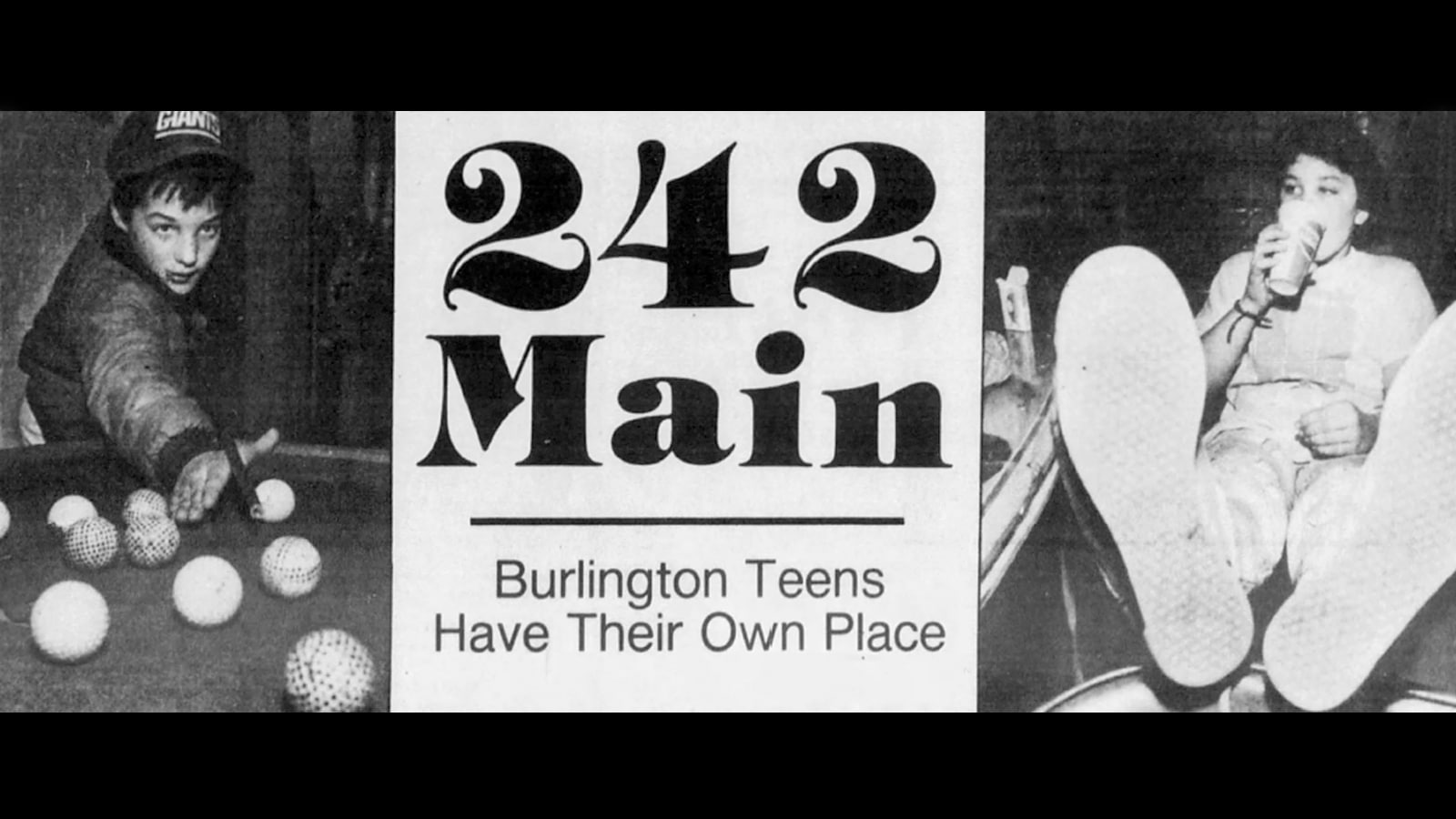