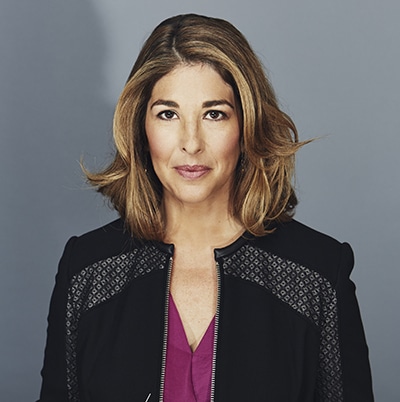 Naomi Klein is the inaugural Gloria Steinem Endowed Chair in Media, Culture and Feminist Studies at Rutgers University, and an award-winning journalist, syndicated columnist and international and New York Times bestselling author of, No Is Not Enough: Resisting the New Shock Politics and Winning the World We Need (2017), This Changes Everything: Capitalism vs. The Climate (2014), The Shock Doctrine: The Rise of Disaster Capitalism (2007) and No Logo (2000).

“So we are left with a stark choice: allow climate disruption to change everything about our world, or change pretty much everything about our economy to avoid that fate. But we need to be very clear: because of our decades of collective denial, no gradual, incremental options are now available to us.”

In 2018, she published The Battle for Paradise: Puerto Rico Takes On the Disaster Capitalists (2018) reprinted from her feature article for The Intercept with all royalties donated to Puerto Rican organization juntegente.org. On September 17, 2019, her next book: On Fire: The (Burning) Case for a Green New Deal was published worldwide. It was an instant New York Times bestseller and a #1 Canadian bestseller.

In 2017, No Is Not Enough was an instant New York Times bestseller and was nominated for the National Book Award. This Changes Everything won the 2014 Hilary Weston Writers’ Trust Prize for Nonfiction and was nominated for multiple other awards. It was an Observer ‘Book of the Year,’ and a New York Times Book Review ‘100 Notable Books of the Year.’ The Shock Doctrine was published worldwide in 2007 and translated into over 25 languages. It won the inaugural Warwick Prize for Writing. It appeared on multiple ‘best of year’ lists including as a New York Times Critics’ Pick of the Year. Naomi Klein’s first book No Logo: Taking Aim at the Brand Bullies was translated into over 30 languages. The New York Times called it “a movement bible.” A tenth anniversary edition of No Logo was published worldwide in 2009. The Literary Review of Canada has named it one of the hundred most important Canadian books ever published. In 2016, The Guardian picked No Logo as one of the Top 100 Non Fiction books of all time. Time magazine also chose No Logo as one of the Top 100 Non-Fiction books published since 1923.

A collection of her writing, Fences and Windows: Dispatches from the Front Lines of the Globalization Debate was published in 2002.

In 2015, the feature documentary of This Changes Everything, directed by Avi Lewis, premiered at the Toronto International Film Festival. In 2007, the six-minute companion film to The Shock Doctrine, created by Oscar winning director Alfonso Cuarón, was an Official Selection of the Venice Biennale, San Sebastien and Toronto International Film Festivals. The Shock Doctrine was also adapted into a feature length documentary by award-winning director Michael Winterbottom and premiered at the Sundance Film Festival in 2010. In 2004, Naomi Klein wrote The Take, a feature documentary about Argentina’s occupied factories co-produced with director Avi Lewis. The film was an Official Selection of the Venice Biennale and won the Best Documentary Jury Prize at the American Film Institute’s Film Festival in Los Angeles.

Naomi Klein was named Senior Correspondent at The Intercept in February 2017. She is a Puffin Fellow of the Type Media Center. She has also written a regular column for The Nation, The Globe and Mail and The Guardian that was syndicated in major newspapers around the world by The New York Times Syndicate. She has been a contributing editor at Harper’s and Rolling Stone. She has reported from China for Rolling Stone, Standing Rock and Puerto Rico for The Intercept, Copenhagen (COP15) for The Nation, Buenos Aires for The Financial Times, and Iraq for Harper’s. Additionally, her writing has appeared in The New York Times, The Washington Post, Newsweek, The Los Angeles Times, The Globe and Mail, El Pais, L’Espresso, The New Statesman, Le Monde, among many other publications.

She is a regular media commentator in print, radio and television around the world, appearing on such shows as Fareed Zakaria’s GPS on CNN, BBC Newsnight and HARDTalk, Democracy Now, The Rachel Maddow Show, The Colbert Report, The Tavis Smiley Show, Charlie Rose and HBO’s Real Time with Bill Maher. She has been interviewed and profiled in hundreds of magazines and newspapers and podcasts including a major profile in The New Yorker magazine where she was called “the most visible and influential figure on the American left—what Howard Zinn and Noam Chomsky were thirty years ago.” She has been ranked as one of the world’s top 100 public intellectuals in Prospect magazine, as one of the 100 People Who Are Changing America in Rolling Stone and was named as one of Ms. Magazine’s Women of the Year.

After This Changes Everything was published, Klein’s focus was putting its ideas into action. She is one of the organizers and authors of Canada’s Leap Manifesto, a blueprint for a rapid and justice-based transition off fossil fuels endorsed by over 200 organizations, tens of thousands of individuals, which inspired similar climate justice initiatives around the world. She is now a co-founder and advisory board chair of The Leap, a climate justice organization developed from the Manifesto that exists to inject new urgency and bold ideas into confronting the intersecting crises of our time: climate change, racism and inequality. In 2015, she was invited to speak at the Vatican to help launch Pope Francis’s historic encyclical on ecology, Laudato si’. She spoke at NYC Mayor Bill DeBlasio’s 2018 press conference announcing New York City’s plan to divest from fossil fuel investment.

She has received multiple honorary degrees and awards. In 2019 she was named one of the The Frederick Douglass 200, a project to honor the impact of 200 living individuals who best embody the work and spirit of Douglass. In 2014, the International Studies Association’s IPE Outstanding Activist-Scholar Award honoured her for her activism in alter-globalizations social movements and protests. Author of numerous books and articles, Naomi is one of the most important voices in the alter-globalizations movement.”

In 2015 she was awarded the Izzy (I.F. Stone) Award for Outstanding Independent Media and Journalism: “Few journalists today take on the big issues as comprehensively and fearlessly as Naomi Klein. She combines rigorous reporting, analysis, history and global scope into a package that not only identifies problems, but also illuminates successful activism and solutions. That goes for her groundbreaking book on climate change and for columns that brilliantly connect the dots – such as the intersection of climate justice and racial justice.”

In 2016 she was awarded Australia’s international award for peace, the Sydney Peace Prize according to the prize jury, “exposing the structural causes and responsibility for the climate crisis, for inspiring us to stand up locally, nationally and internationally to demand a new agenda for sharing the planet that respects human rights and equality, and for reminding us of the power of authentic democracy to achieve transformative change and justice.” 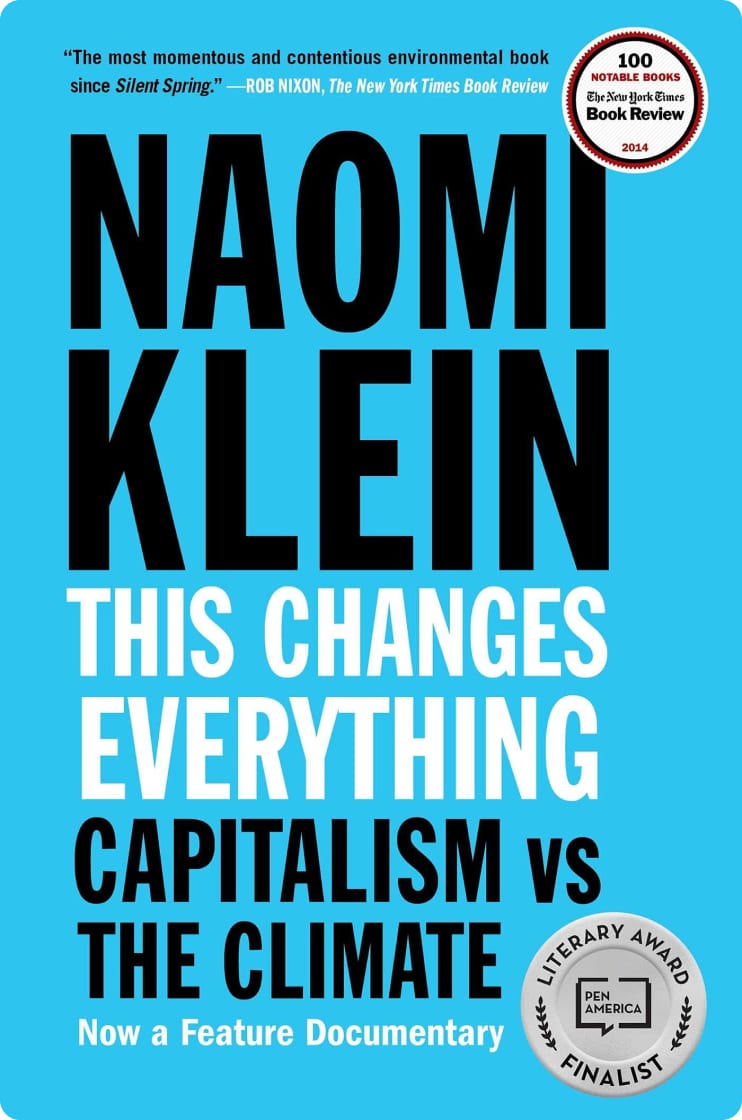 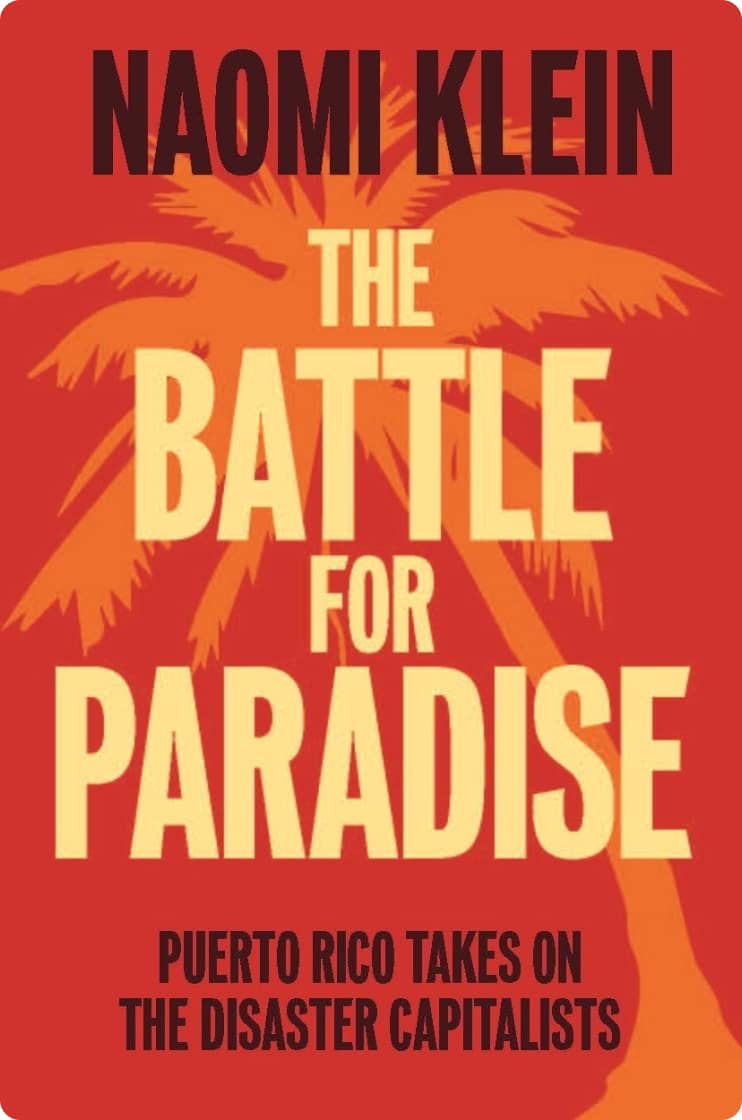 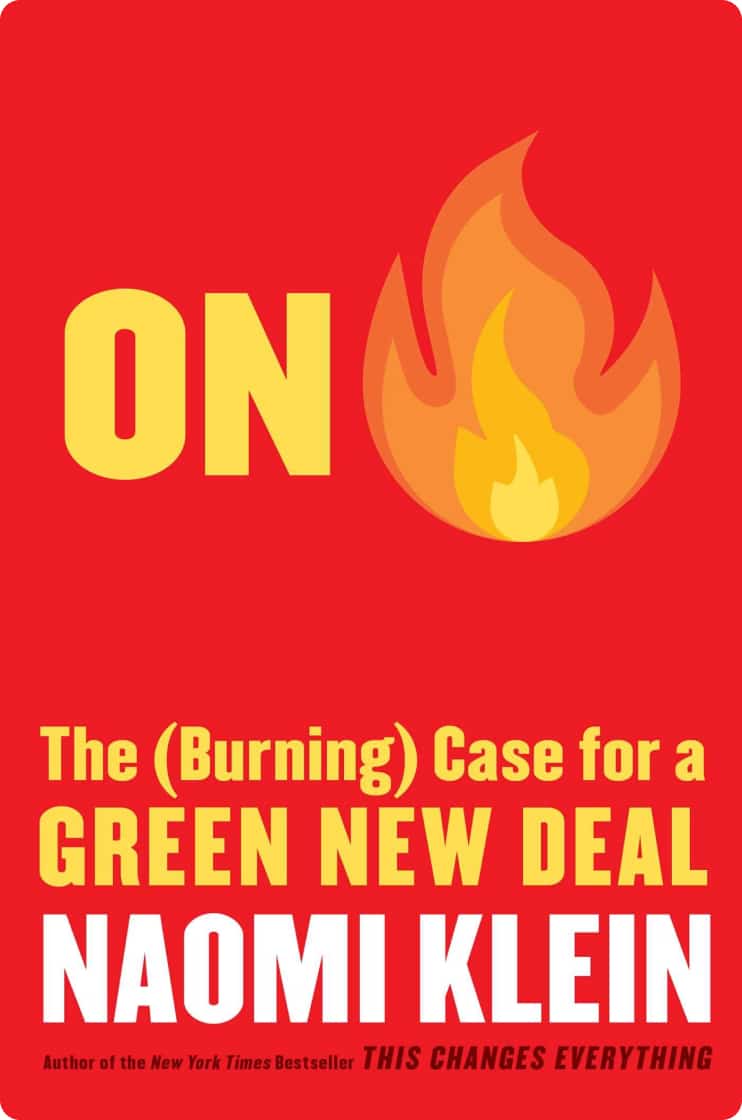 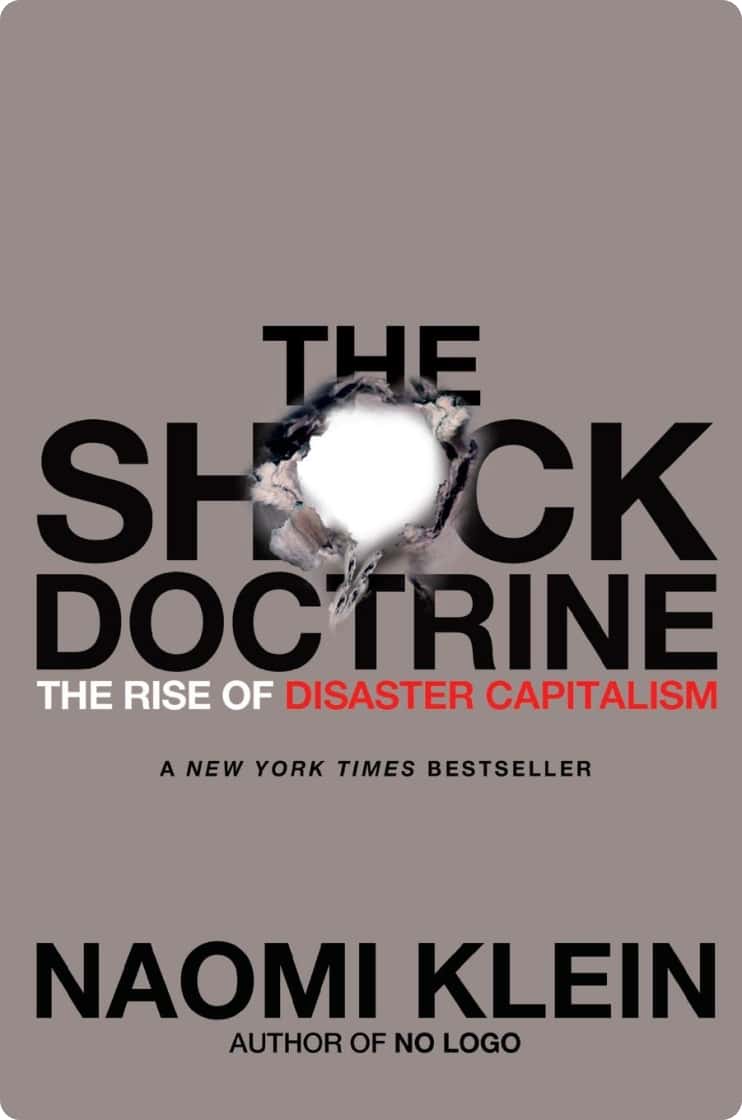