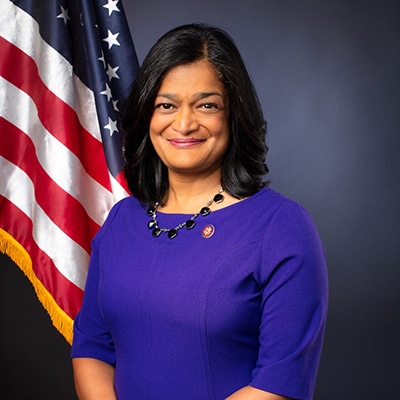 Elected in 2016, Congresswoman Pramila Jayapal is now serving her second term in Congress representing Washington’s 7th District, which encompasses most of Seattle and its surrounding areas. She is the first South Asian American woman elected to the U.S. House of Representatives and one of only 14 naturalized citizens currently serving in the United States Congress.

“We have to remember that disagreeing with people is fine; it is dehumanizing people that is not, and when that happens, we have to be ready to speak up.”

In Congress, Representative Jayapal has been a leader on immigration, including fighting the Trump Administration’s inhumane policies of separating children from their parents and crafting legislation to help expand legal immigration to America. She has also championed legislation to address income inequality, such as the $15 minimum wage and expanded collective bargaining rights for workers. She has worked extensively on healthcare issues as the lead sponsor of the Medicare for All bill in the House, and she is the author of the College for All Act, which would ensure every American has access to higher education. She has authored other landmark pieces of progressive legislation including the Dignity for Detained Immigrants Act and the National Domestic Workers Bill of Rights. She has also prioritized legislation to transition our economy to 100% clean energy and address the crisis of climate justice.

Prior to serving in elected office, Congresswoman Jayapal spent twenty years working internationally and domestically in global public health and development and as an award-winning national advocate for women’s, immigrant, civil, and human rights. She spent almost a decade working on global health and development for the international nonprofit organization, Program for Appropriate Technology in Health (PATH), and spent 12 years as the founder and Executive Director of OneAmerica, the largest immigration advocacy organization in Washington State and one of the largest in the country.

Representative Jayapal was born in India, grew up in India, Indonesia and Singapore, and came to the United States by herself at the age of 16 to attend college at Georgetown University. She later received her MBA from Northwestern University, worked in a number of industries in both the public and private sector, and published her first book in 2000, Pilgrimage to India: A Woman Revisits Her Homeland.

She is married to Steve Williamson, a long-time labor leader and strategist, and is the proud mother of a gender non-conforming child Janak, step-son Michael, and 65-pound labradoodle, Otis. 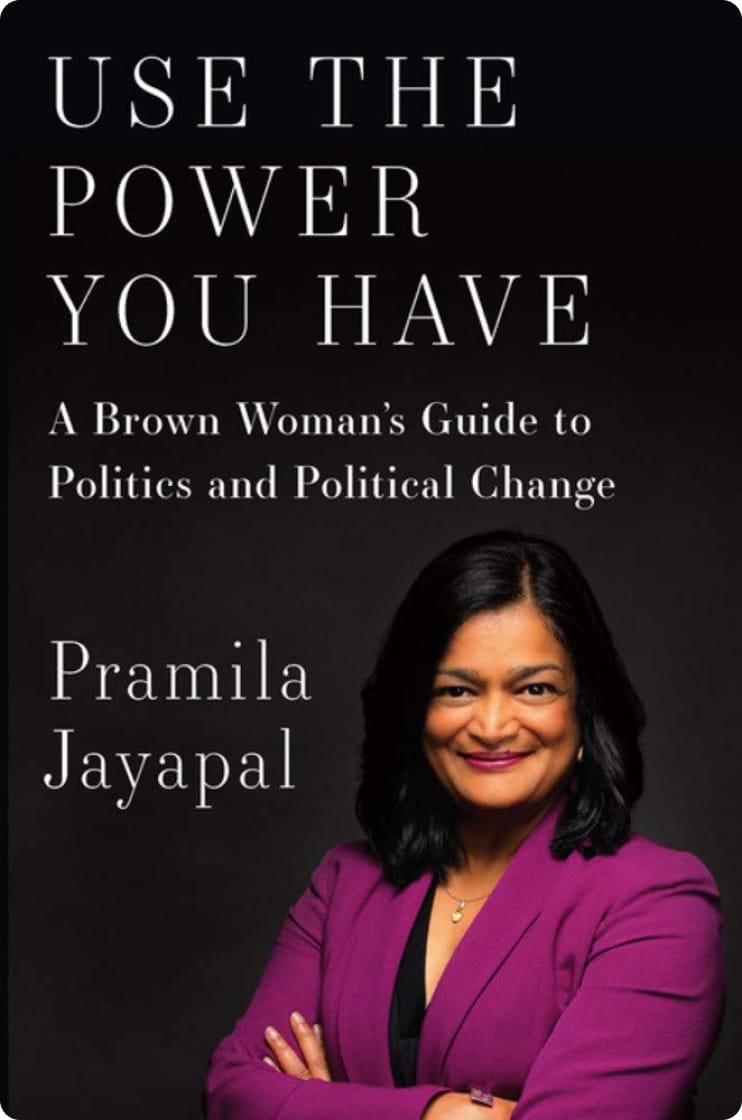