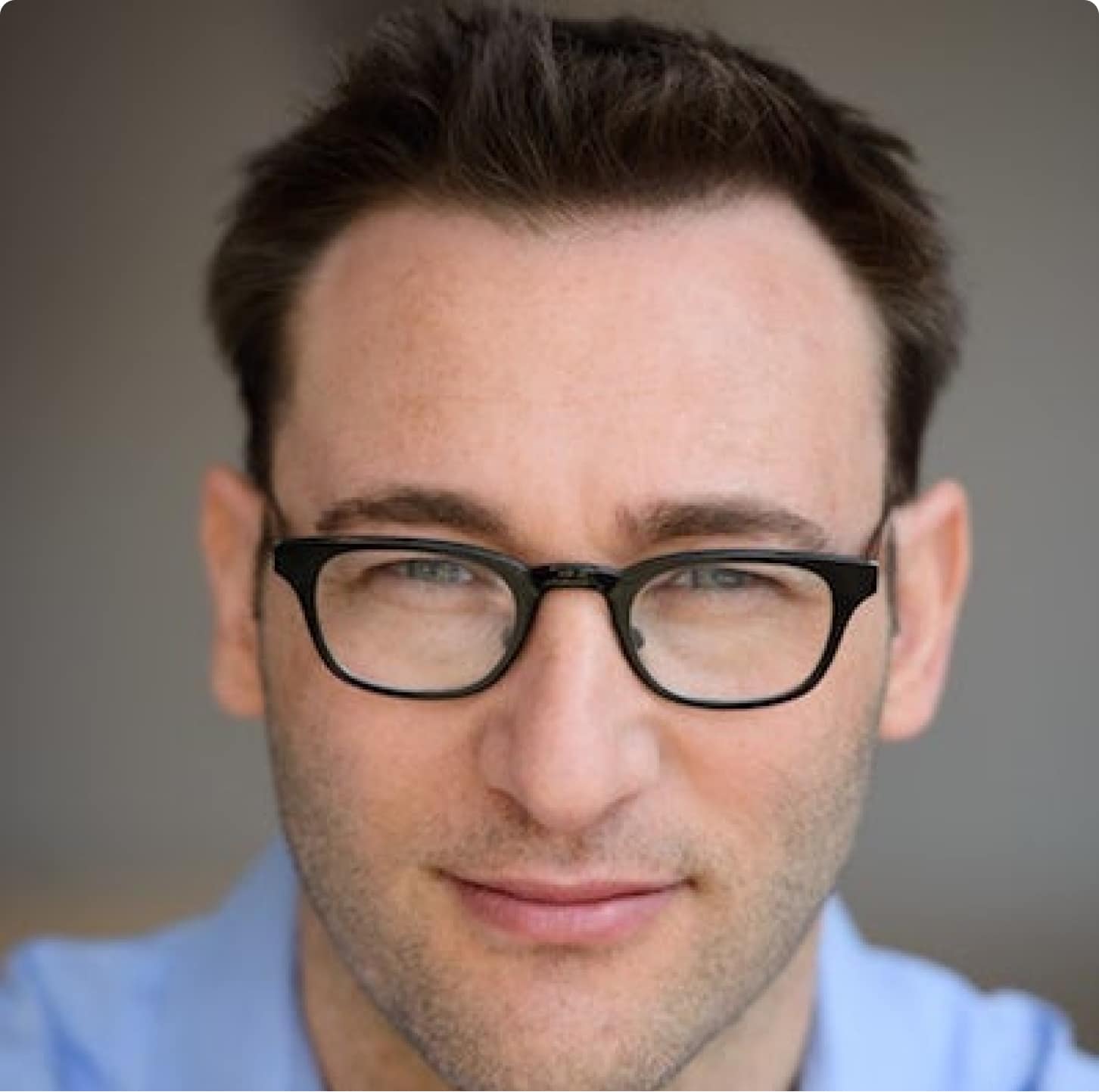 Simon Sinek is an unshakable optimist. He believes in a bright future and our ability to build it together.

“We think leadership is about rank and power, but better to think of leadership as the responsibility for other human beings. That leadership and rank may not go together. So it manifests in this remarkable way.”

Described as “a visionary thinker with a rare intellect,” Simon teaches leaders and organizations how to inspire people. With a bold goal to help build a world in which the vast majority of people wake up every single day feeling inspired, feel safe at work, and feel fulfilled at the end of the day, he is leading a movement to inspire people to do the things that inspire them.Simon is the author of multiple best-selling books:The global bestseller (with over a 1 million books sold in the U.S. alone) Start With Why: How Great Leaders Inspire Everyone to Take ActionThe New York Times and Wall Street Journal bestseller Leaders Eat Last: Why Some Teams Pull Together and Others Don’tThe New York Times and Wall Street Journal bestseller Together is Better: A Little Book of InspirationFind Your Why: A Practical Guide for Discovering Purpose for You and Your TeamAnd his latest book, The Infinite Game, available early 2019

A trained ethnographer, Simon is fascinated by the people and organizations that make the greatest, lasting impact in their organizations and in the world. Over the years, he has discovered some remarkable patterns about how they think, act and communicate and the environments in which people operate at their natural best. He has devoted his life to sharing his thinking in order to help other leaders and organizations inspire action.

Simon may be best known for popularizing the concept of WHY in his first TED Talk in 2009. It rose to become the third most watched talk of all time on TED.com, with over 40 million views and subtitled in 47 languages. His interview on millennials in the workplace broke the internet in 2016 and garnered over 200 million views in the first month. This led to Simon being YouTube’s fifth most searched term in 2017.His unconventional and innovative views on business and leadership have attracted international attention. From American Airlines to Disney and MARS, from big business to entrepreneurs to police forces, Simon has been invited to meet with an array of leaders and organizations in nearly every industry. He has also had the honor of sharing his ideas at the United Nations, the United States Congress and with the senior- most leaders of the United States Air Force, Marine Corps, Navy, Army and Coast Guard.With a vision to change the way business’s think, act and operate, Simon has partnered with Ernst & Young to develop products and services to help many companies transform their businesses. He is an adjunct staff member of the RAND Corporation, one of the most highly regarded think tanks in the world. He is also active in the arts and in the non-for-profit world (Simon prefers to call it the for-impact world).

Start With Why – How Great Leaders Inspire Action

In this Ted Talk, Simon Sinek breaks down how great leaders approach any task, company, or even running for office. He demonstrates how they do not begin with "what" they... 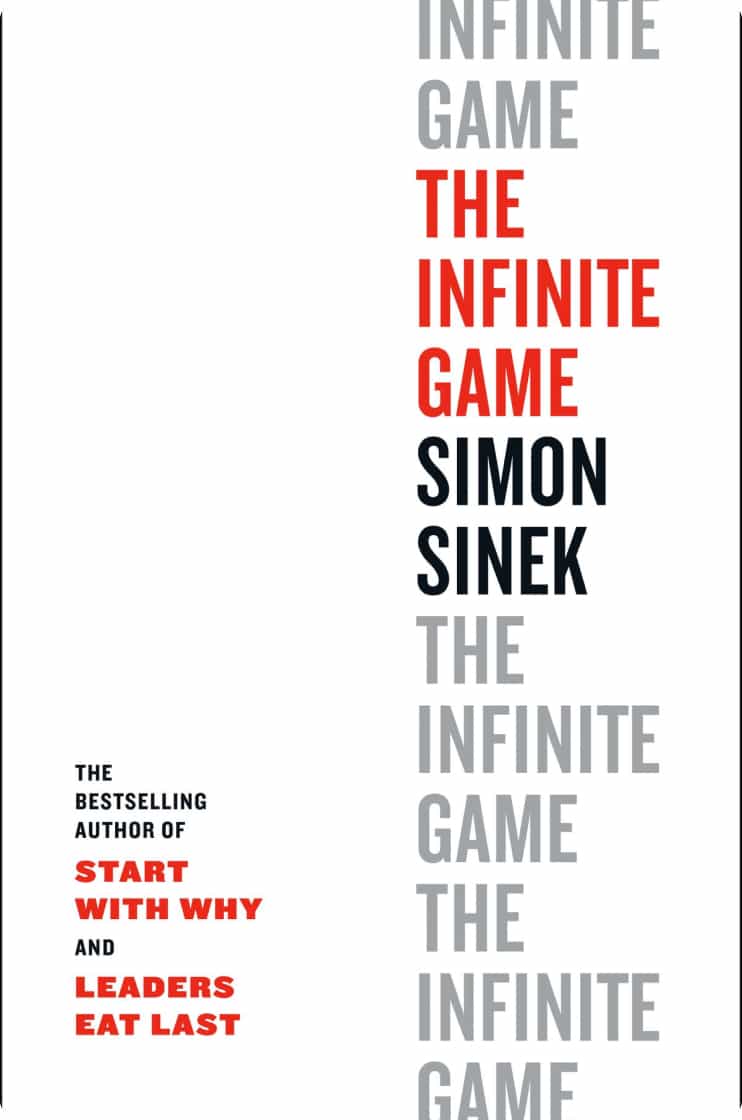 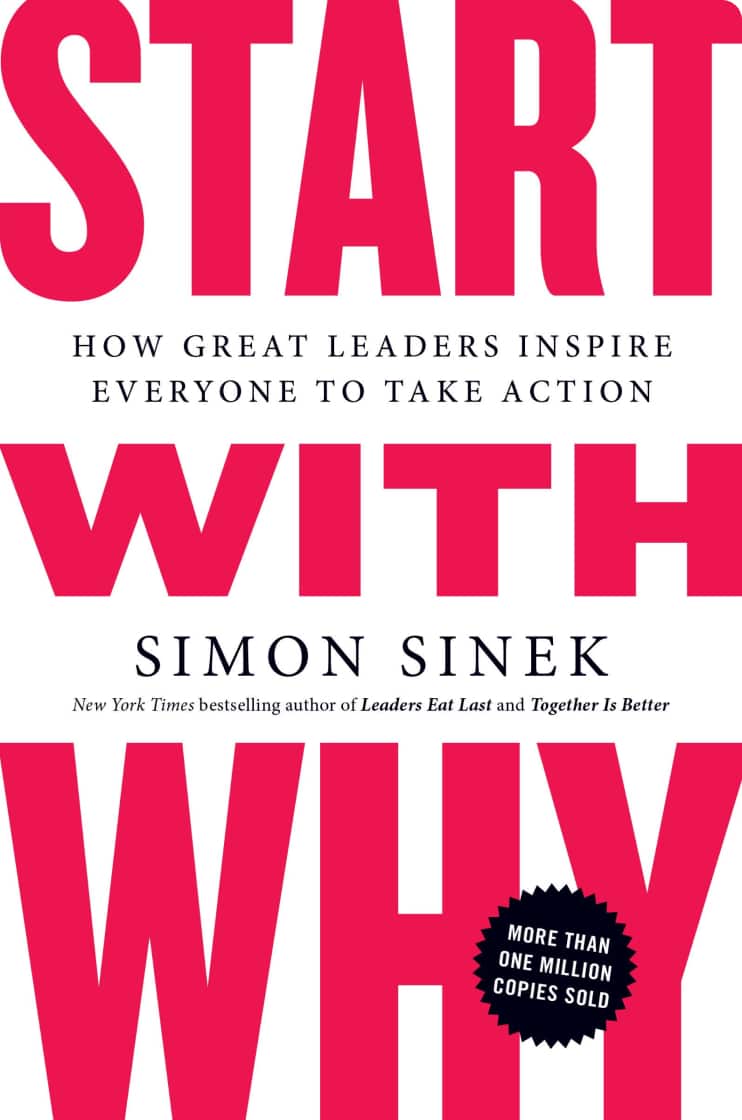