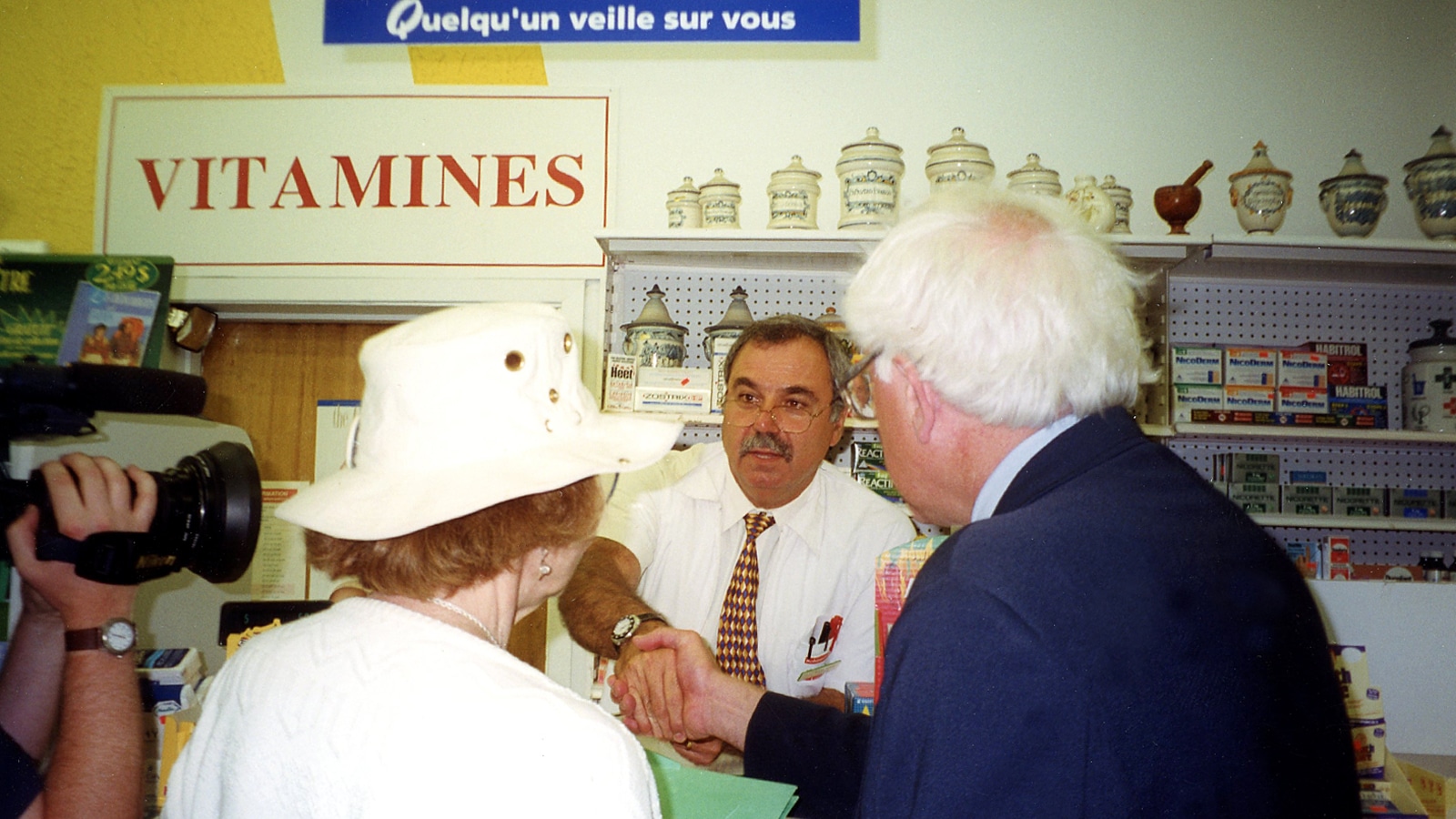 Between 1999- 2000, Rep. Bernie Sanders organized a series of bus trips from Vermont to Montreal, Canada, with senior citizens and breast cancer patients to buy prescription drugs at a fraction of the cost they are sold for in the United States. The purpose of the trips was to demonstrate the need for Congress to act on the bipartisan International Prescription Drug Parity Act, which Sanders co-authored and was co-sponsored by 53 Members of Congress. The United States has the most expensive prescription drugs in the world, and the price disparity is even worse in Mexico- where these drugs cost 112% less than in Vermont. These price differences have been consistent throughout the United States.[1]

The trip was organized jointly by Sanders, the American Association of Retired People (AARP), the Champlain Valley Agency on Aging, and the Champlain Senior Center and included a Montreal doctor visit to receive the prescription necessary to purchase the medications.[2]

As the bus embarked on its second trip to Canada in December 1999, Sanders remarked, “It is an outrage that at the same time pharmaceutical companies are reaping billions in profits, Congress continues to delay action on a bill that would be a major step forward in helping our seniors get the prescription drugs they need. I hope this trip again shows Congress that it is time to stop listening to the millions of dollars the pharmaceutical industry spends on campaign contributions and start listening to the millions of seniors who desperately need prescription drug relief.”

A 1999 study done at Sanders’ request by the House Committee on Government Reform showed that for the ten prescription drugs most widely used by seniors, older Vermonters are paying 81 percent more than the average prices Canadian consumers pay. A similar study showed that the average drug that sells for $1 in the United States would sell for 71 cents in Germany, 68 cents in Sweden, 64 cents in Canada, and 51 cents in Italy.

Sanders blasted the pharmaceutical industry’s greed and unfair federal law as the leading causes of the price disparity between the United States and other nations. “It is currently illegal for American pharmacists and wholesalers to re-import prescription drugs made in the United States and sent to other nations. We need to change this law to allow our seniors, individuals with chronic illness, and anyone needing prescription drugs to benefit from the same low price in other nations.”

Sanders would continue the bus trip demonstrations throughout his time in the House; when he arrived in the Senate, and during his 2016 and 2020 presidential campaigns. 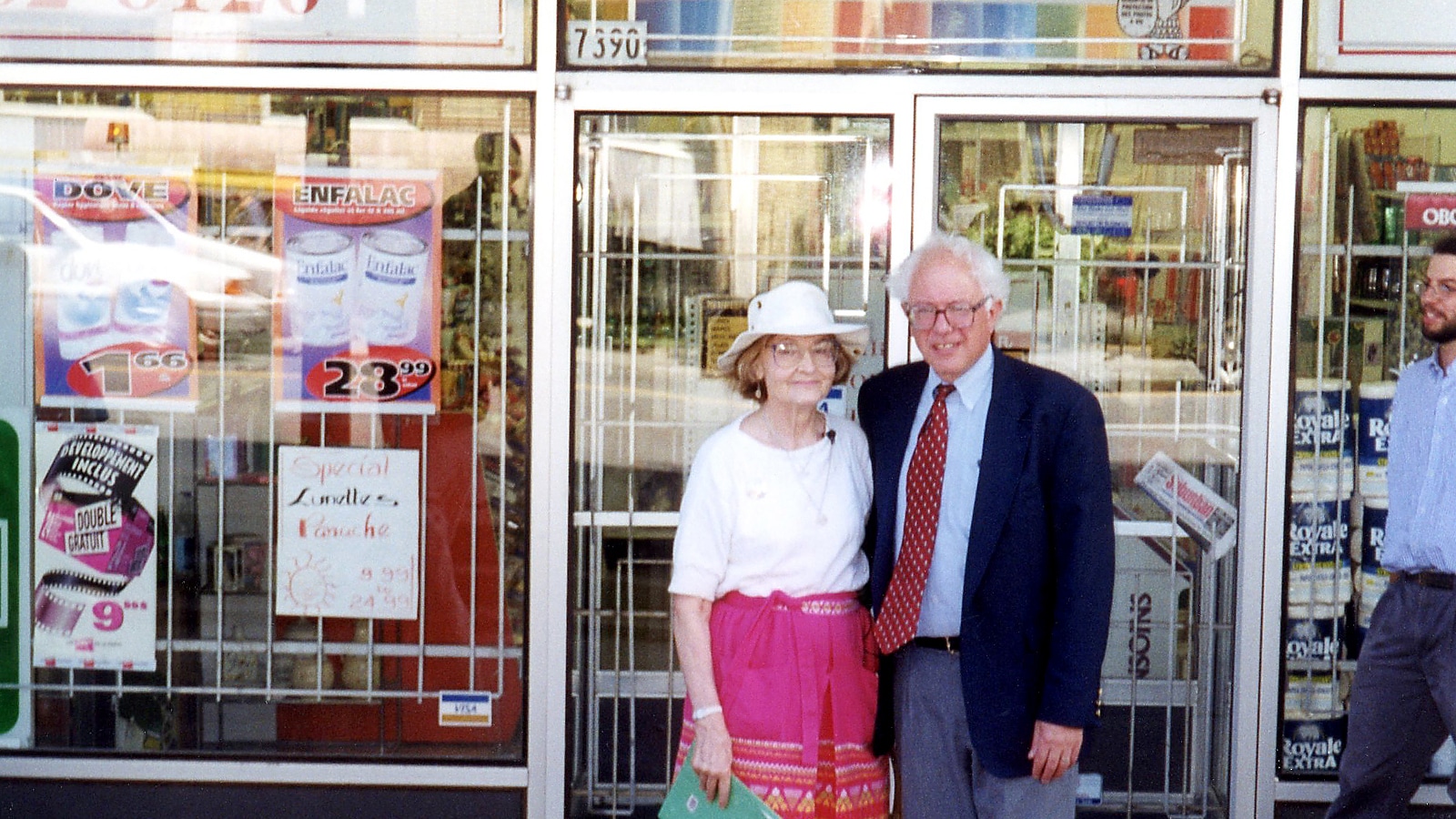 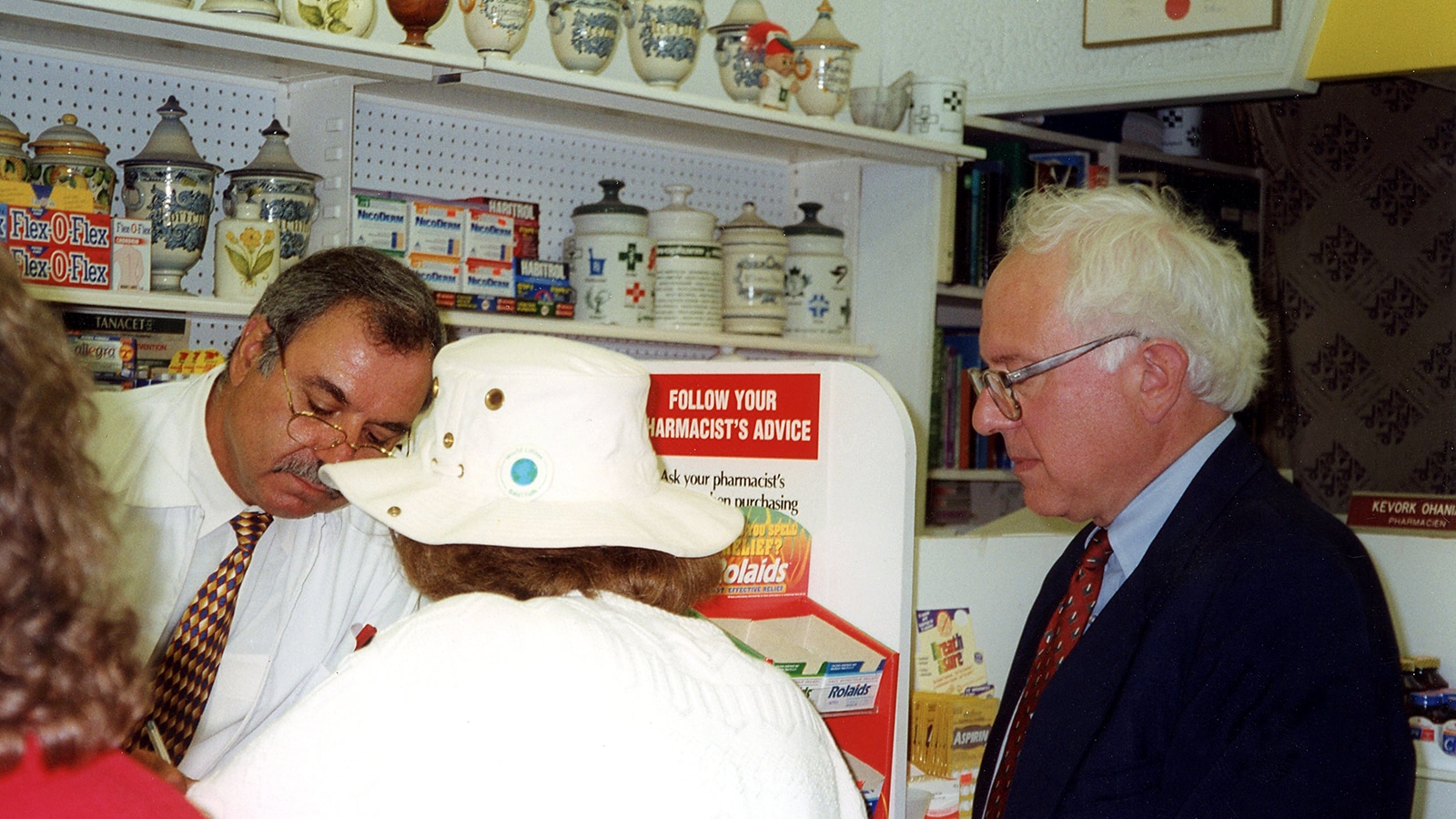 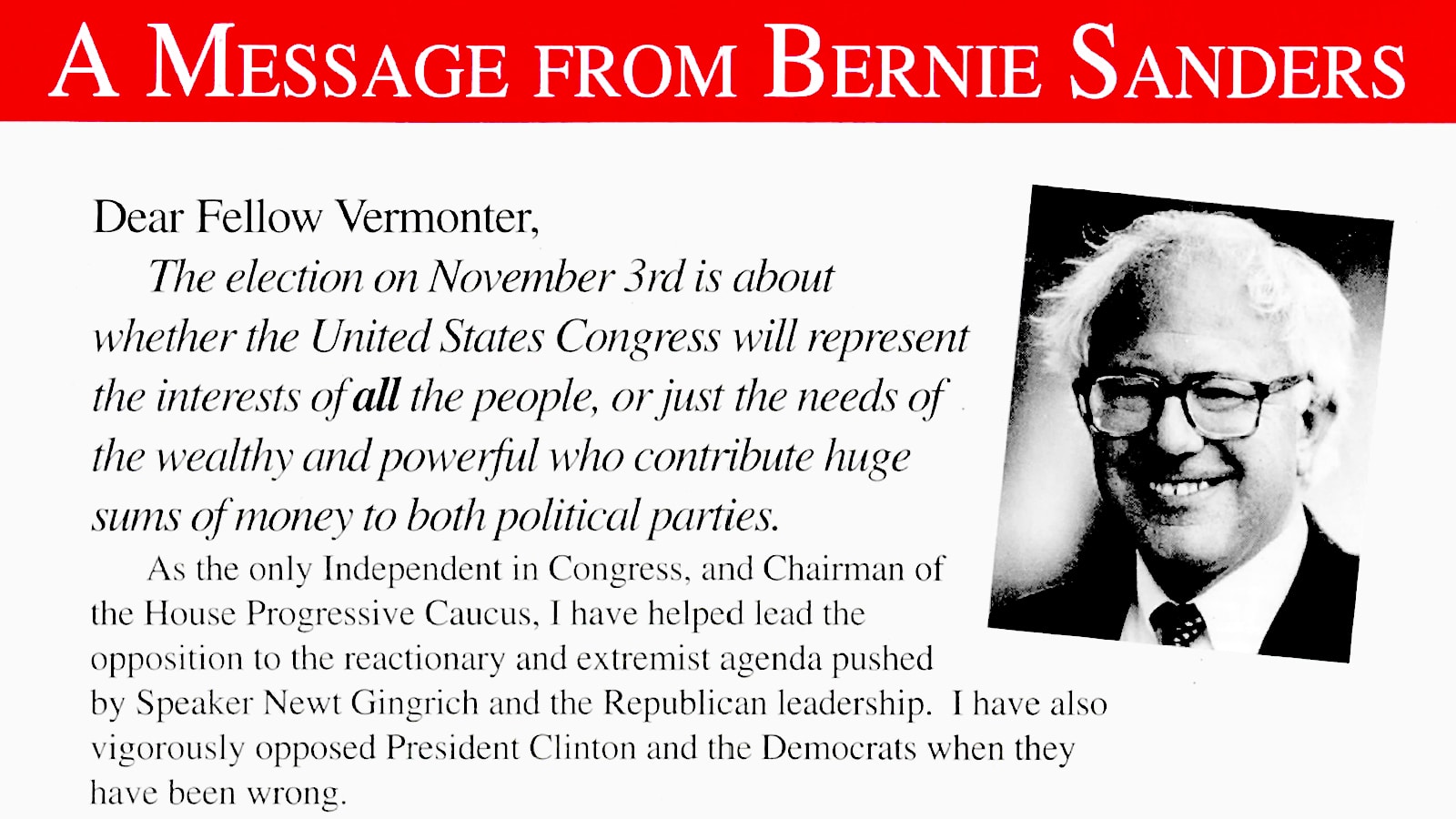 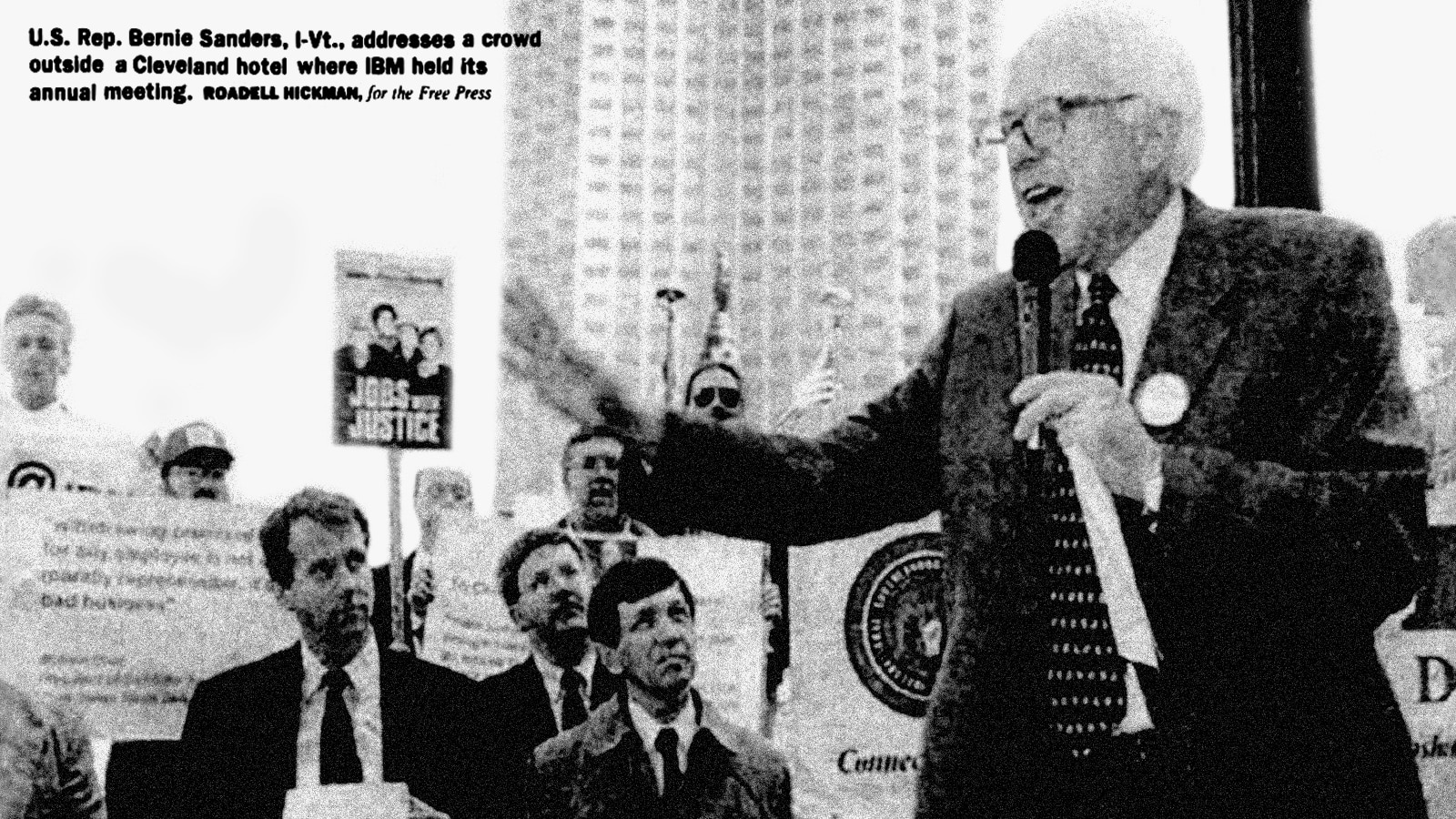